I look around and see the man that cured cancer, the man who broke the code to space travel, men world renowned for their skill in combat. I start to wonder why my lack of accomplishments earned me this so-called honor. I look and see these brilliant and powerful humans sitting next to me, yet we all share the same feeling, fear. These scientists claim that once we’re on the other side, this ‘utopia’, they are able to modify our environment; our abilities via this mysterious code, able to help us find and extract what we need. I have a question, what is it we even need and hope to find? You have to wonder if they are spouting the truth or if they’re running purely on the hope of not starving to death. No one knows what’s truly out there, but we’re about to find out

Circuits and Shields (formerly “Project Divine”) is an Unreal Engine 4 indie game project looking to perfect the now age-old MOBA formula to create a fun and addictive experience. “Oh no! Not another MOBA clone!” Circuits does indeed borrow a lot of design from your favorite MOBAs, but we utilize this combination in a unique setting and unique game modes for an experience that is sure to be unique, including… WASD movement! (and no, nothing like Smite’s). Tired of having to learn different items and their recipes, but don’t want a game with no items at all? No problem, we’ve fixed that. Want a game with meaningful skill perk choices that actually allow you to play your champion in a unique way? Don’t worry, we’ve got that. Want a game mode that doesn’t involve the same old boring towers and minions? We’ve got that too; CTF and Huttball fans unite!

Circuits is set in a brand new world inhabited by multiple races and god-like figures. Humans, on the brink of starvation have been artificially led by these “gods” to the discovery of a matrix style human interface that grants them entrance to a new utopia, where they can find their salvation. Unsure of what they will find on the other side, the scientists have also developed ways to augment these individuals through the code. The humans quickly scramble to put together a team of unique skillsets from all over the earth, knowing they can make someone ordinary become extraordinary. Circuits follows these individuals as they make their way to the other side only to find themselves competing for humanity’s salvation in a coliseum like arena. You take control of seemingly normal humans, their only strength being their ability to utilize these augments. Play as the Vegas Strips’ most famous magician, Camilo, who’s age-old pulling the rabbit out of the hat trick has become a bit more… deadly. Play as Ink, who after spending half her life watching countless days of anime and dreaming of having magical abilities like her favorite heroes, finally gets to make her dreams a reality. Even outside the human race, the arena’s combatants may not be what you expect. Take for example, the arena’s custodian, aptly named Jan Itor, who has finally been offered a chance to compete, ready to take revenge for the countless times competitors have attacked him when he simply just wanted to sweep!

Circuits has been around only for a few months, but has made some huge progress. Our coding infrastructure (all in C++) is set up in an extremely modular fashion and almost all of the games frameworks are completely done. We have the ability to have a person with zero code knowledge to make a basic attack with any animation, set it’s damage point, it’s swing-time, the time until you’re able to orb walk, it’s chain in a combo, and many other things all in just a few short minutes. Oh, and by the way, it works 100% smoothly at 250 ping! On top of this, we have the entire game set up for multiple game modes, where we can easily set items, gold, experience, champion balancing, etc. all for a specific map (and yes, all of that is already coded!). On the art front, we have some of the most talented artists out there, as you can see by some of our concepts and 3D work.

Note, Circuits and Shields is NOT your typical indie project. The people we hire to do work for us are really good at what they do and they are not cheap. We expect to make a great game because we have great people working on it. As seen by our art, we only accept the most talented developers, and that stays true on the programming front, where our lead has years of experience with UDK/UE4 and we’ve also worked heavily with Rama, who is a household name on the UE4 forums. We’ve also contracted out designers from Riot Games and Blizzard to help us make sure we’re going in the right direction. Again, this is NOT your typical “Let’s make a game” and we are looking for other individuals who understand that.

Team Structure
Our team is mostly made up of freelance artists and programmers, though we do have a couple full-time designers and programmers on board in a more permanent position.

Talent Needed
At this time, I am only offering paid contract positions for exceptional cases who work exceptionally cheap. This is personally funded by myself for now and until we have a successful kickstarter, my budget is somewhat limited. In the art space, I’m currently only looking for extremely skilled 2D or 3D artists (see exception below) who are willing to work on a semi-permanent basis (not one and done) for a heavily discounted rate. Feel free to message me to discuss this.

We currently only have 3 major needs:

Programmer: We are only looking for a programmer experienced in Steamworks and Steam API integration. This job is to build out the matchmaking/lobby/everything outside the match itself. Think the game launcher/client.

Particle Effect Artist: I’m looking for someone who can start developing some of our spell effects as we’ll be at that stage very soon.

Writer/Designer: Looking for someone to either help with champion kits or do some writing for our lore/backstories.

Minor Needs: I’m always looking for help with champion designs, item design, level design, etc. Other needs include something like a content manager (I’d like to make a Wiki) or a marketing-type/Manager so we can begin polishing our pitches. Again, things like 2D concept artists/3D artists are only desired on a semi-permanent basis as I can no longer afford contracting out individual things. Specifically, in that 2D/3D space, we’d like to get some weapons/props done fairly soon, so there is a medium need there.

Royalties:As for Royalty positions, as with any indie project, it’s a huge risk, though I fully believe that’s a lower risk for a project like ours. I also believe that if we do reach a profitability stage, we’re going to be high profit just due to the nature of the design. I do offer flat fee + royalty positions as I can’t expect you to work for free until we reach that stage, however, the royalty piece is only offered for long-term team members who plan to stick with the project rather than contribute one concept/one model/one whatever and be done.

Compensation Plan
As mentioned above, in some exceptional cases, I am willing to pay for work at indie wages. Note, this is personally funded, not commercially. I’m always up for work/quote discussion, so feel free to contact me in any case. We do plan for kickstarter in a couple months where hopefully we’ll have more funs.

Last Words
Our website can be found at http://circuitsandshields.com, note, we’re still in process of cleaning up and perfecting our template so pardon the uglyness a bit for now. Feel free to contact me directly with any questions.

The following video is taken at 250 latency to show that we have really awesome network code, even our projectiles work with heavy lag. While you can’t see it, this also shows our entire damage/stat systems in that some of these hits were criticals and some of the enemies had armor and block amounts, taking longer to kill (we have every stat in-game and working). It also demonstrates how smooth our orb walking is, and all those attacks are easily editable via our system to shorten/lengthen the amount of time after the damage you can orb walk. We’ve also completed several spells and have almost the full in-match infrastructure completed.
https://youtube.com/watch?v=Pm34w9X4KNA

Looks good! Wish you good luck, and keep us updated about the project!

Love some of that concept work and the tech is looking solid. I’ll keep an eye on your progress for sure.

Bump. Primarily in search for a spell icon/graphic artist and a particle effect artist. Few other minor positions are open, so contact if interested.

Bump, currently in search for an additional programmer. 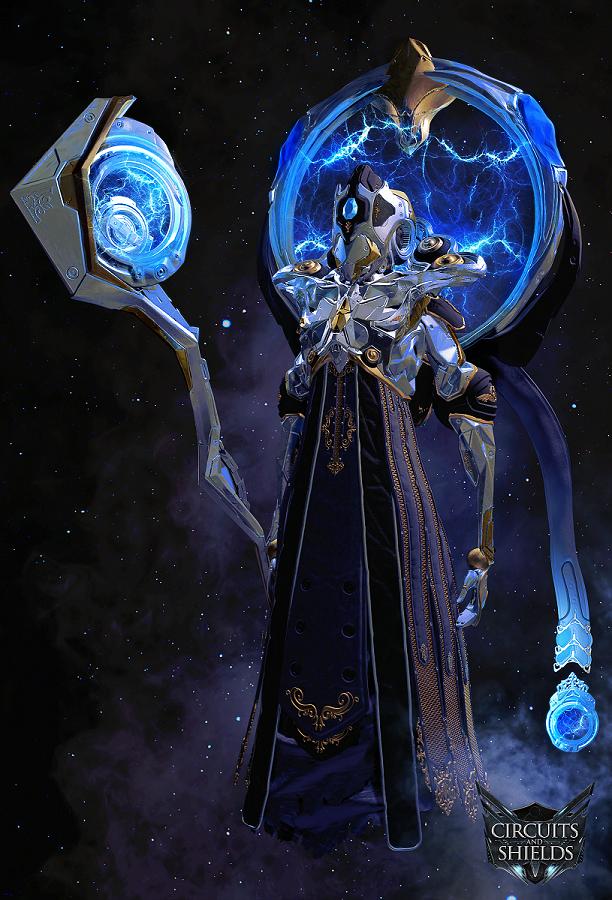 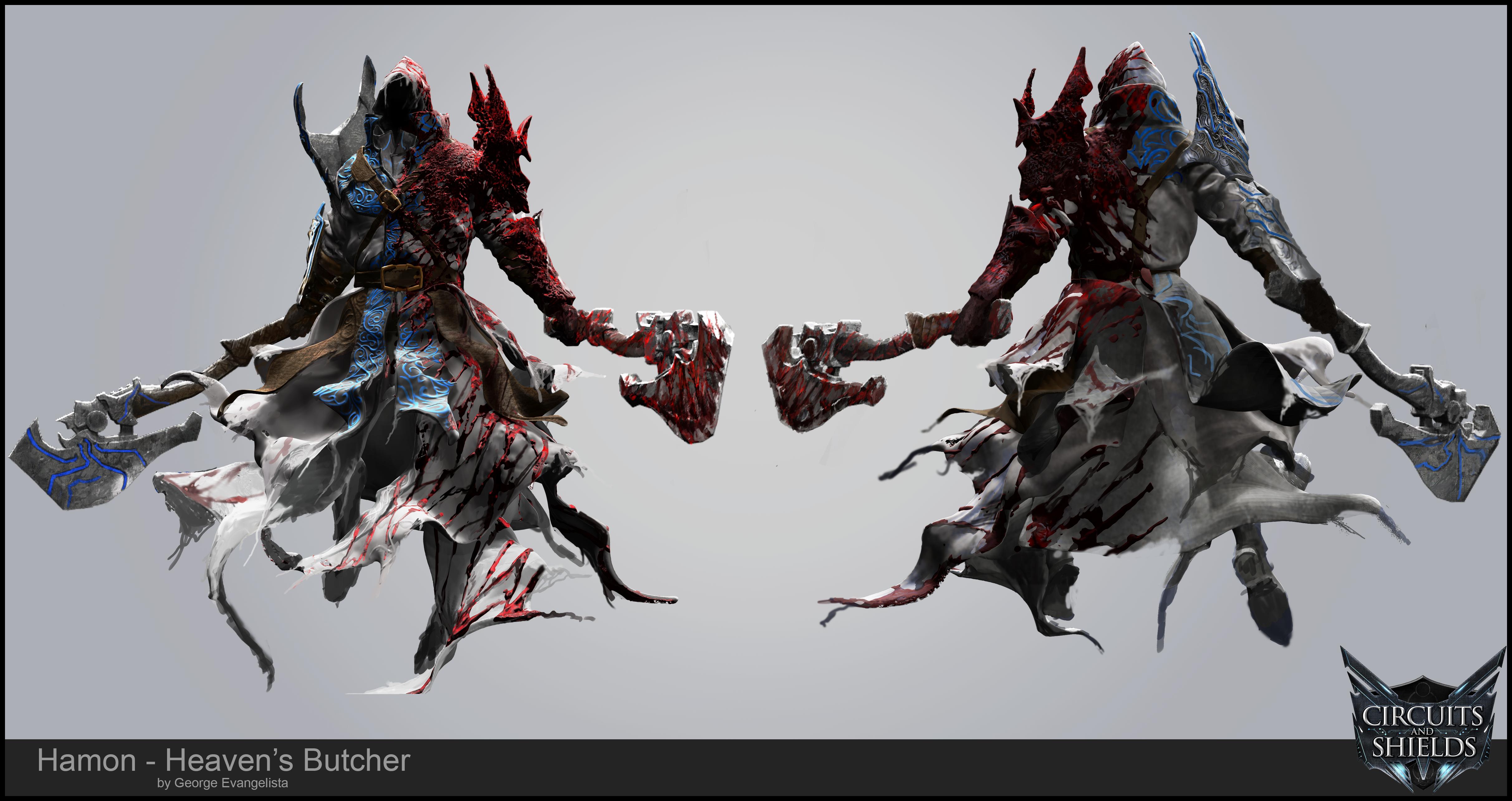 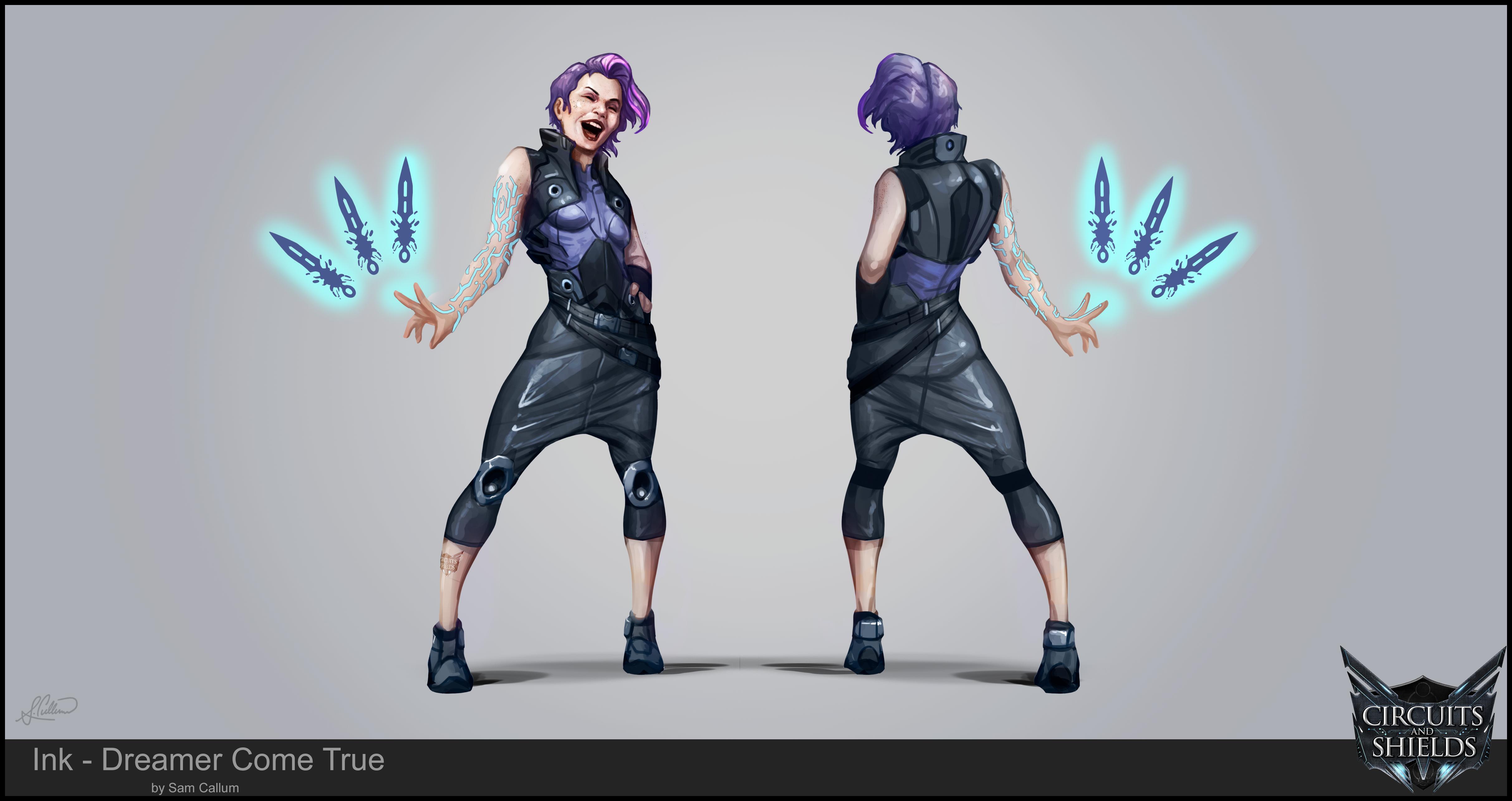 Long time no update on the project, is it dead?
If not please inform us about the latest status and developments.

Updated positions and some new art. Now in 3D!!!

Very cool artwork!
But how does the cat fit to the wormtailspeedrunner on the last great screenie?

The cat is actually part of the third major race. As we release more of the “fabled” race eventually, that should fit in a bit more. But yes, that’s the whole idea behind our cast of champions, ordinary becomes extraordinary. Sometimes cat fisherman can kill god tier robots because fun.