Choose Actors in other levels

I have a an actor with an array of other specific actors that exist in the level. When assigning a value in this array you can either use the eye dropper or a drop down that shows all the actors of that type in the level. 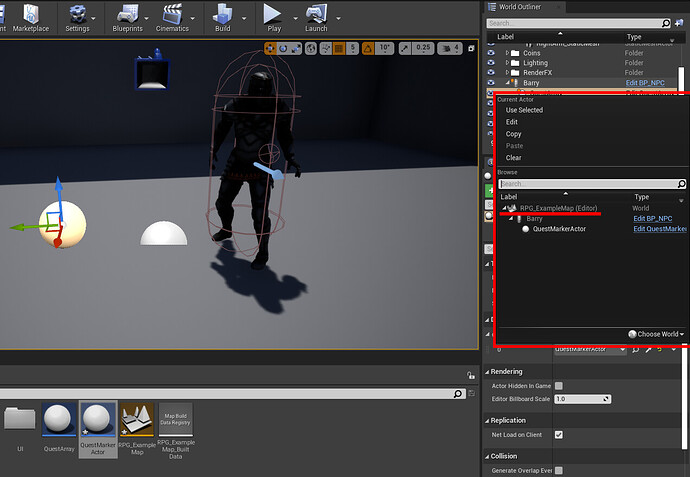 It’s not possible I’m afraid. A re-think is needed.

You can structure the quest in the game instance or save game. Or you can level streaming, in which case, it might be possible to assign actors like this ( never tried it ).

As far as i know you can’t select actors with the eye dropper if they are in diferent levels.
When i need to do something similar, i put all those elements in the persistent level, ( is always loaded) so everything is accesible.

Hello! There are some opportunities, that can be helpful: