I am working on a project that involves base building. In order to do this I am using child actors so that should say the foundation be destroyed, everything built on it is also destroyed. The issue I am facing is if I place a wall on top of a wall, the second wall does not actually appear, it does not actually show up. I am using set child actor to the class I want. If I use a different wall section, it works fine. (I have a couple wall sections which are exactly the same, with only the texture being used on them different). I can place one with a different texture on top of one, but if I try to use one with the same texture, it will not work. For the life of me, I cannot figure out any reason why it won’t work. If it wouldn’t work at all, it would make at least some sense, but being that it will work if I don’t use the same textured piece, I cannot figure it out. Any ideas?

I would try using child components instead of child actors.

Here’s a pic of the whole build type thing: 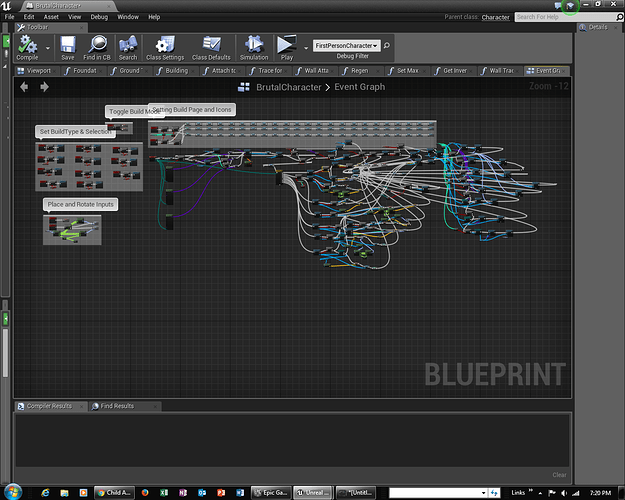 I’m willing to post every part if it will help, however, this is where I am attaching the child actor and where the issue takes place. Using print string to debug, I know it comes through this part and even that it does have a child actor after running through here, as it will print the name of the child actor, but it does not appear in game visually or even to block movement through it. If I use a different wall piece (I have 3 different meshes and 3 different textures for a total of 9 different wall pieces) it works fine, however if I try to stack 2 of the same kind, it will not work. 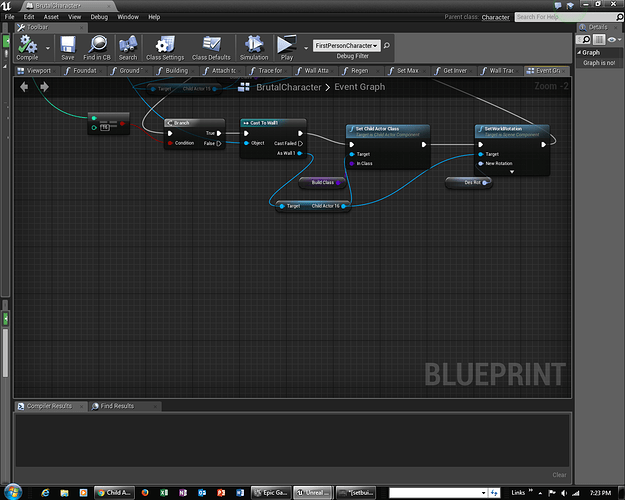 I would try using child components instead of child actors.