Child Actor Component appear at Editor but not in game

I used to use a similar grid on UE5 EA2 and it works fine, but at UE5 I can’t manage to make it work.

I was able to use that blueprint to SpawnActor to the world using a function in editor, and it works, but with that method I can’t “resize” the grid nor move it (selecting all Tiles manually I can move all, but …)

How can I solve this? Anyone using Child Actor on UE5? 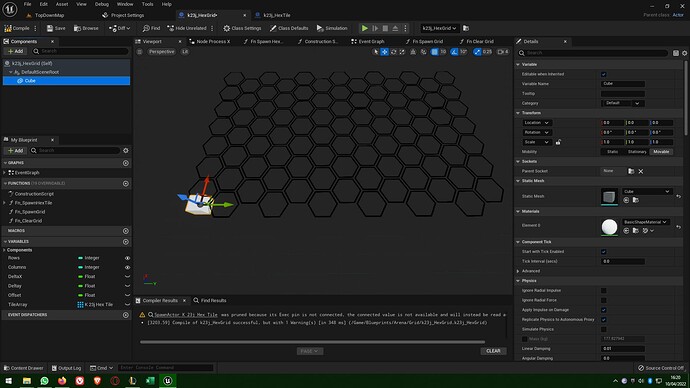 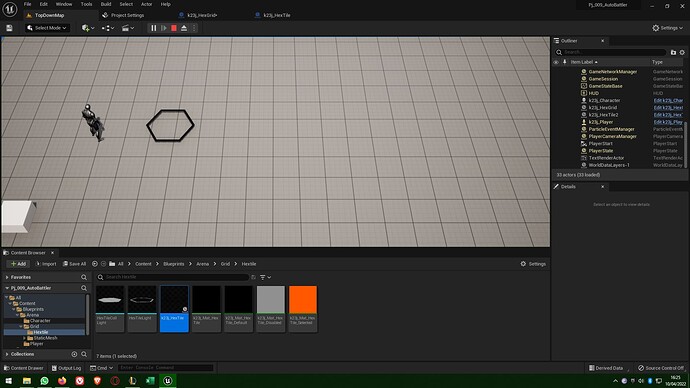 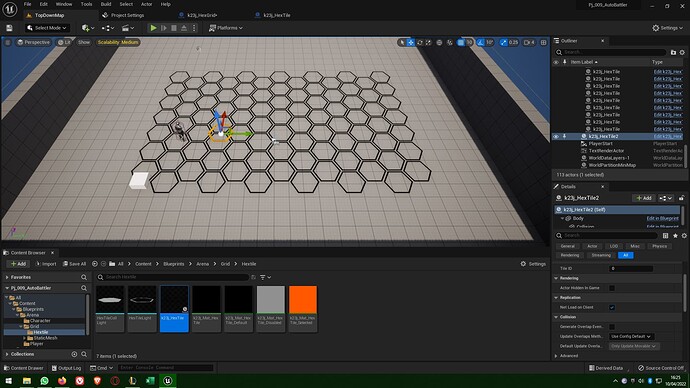 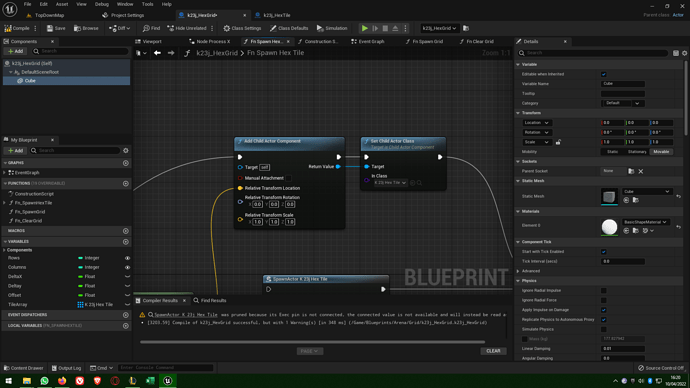 Edit: There are two workarounds I have found. One is opening a new map without World Partition and using the blueprints with child actor components there. It seems to be related to this issue. However, even turning off World Partition on a map that is already using it won’t fix this. The other one is just assembling all the meshes in your child actor again in the other blueprint, thus avoiding any child actor components, but this is very counterproductive.

I’ll try the first method since my map is “empty” and will post the results here asap, thank you for the help.

If you’re using world partition you might try taking the reference to the child actor from the child actor component and setting “Spatially loaded” to false. Though, I’m not sure this is the issue.

Creating a new “Basic” map solve the issue, thank you!

Edit: I just tried your suggestion. You are right, it worked. So just to make it a bit clearer for other people to see. You open up the blueprint actor with child actor components, or blueprint actor B in the example above. Then you select the child actor component, click the drop down button of “Child Actor Template”, then under World Partition, untick “Is Spatially Loaded”.

Edit 2: Sorry, I just tested this on another blueprint actor with child actor components but this time it didn’t work. It seems “Is Spatially Loaded” has the same effect as “Actor Hidden In Game” in this case. They both force the actor to load if you tick or untick them while in game.

Thank you for the suggestion anyway.

Just wondering, there is no World Partition on the “Basic” map you created, right?

Yes, that confirms it.

Edit: I would suggest not marking my suggestion as a solution, because it’s a pity that you can’t use World Partition if you use child actor components. Let Epic developers know that this is still a issue.

I really don’t know why, but it works with World partition maps. Those Child Actors have “Is spatially loaded” unchecked (not sure if it has nothing to do here).