Chibis heroes Females whit Unreal engine Skeleton
Compatible whit anim_starter_pack, all animations from marketplace that use Humanoid Rig and mixamo animations.
All armor pieces can be exchanged means u can create something new 6 premade heroes are included in blueprints PALADIN - DARK_KNIGHT - PRIEST - WIZARD - HUNTER and WARRIOR

Dresses and capes include Apex cloth.
more clothes,armors,acc.hairs will be added in updates. 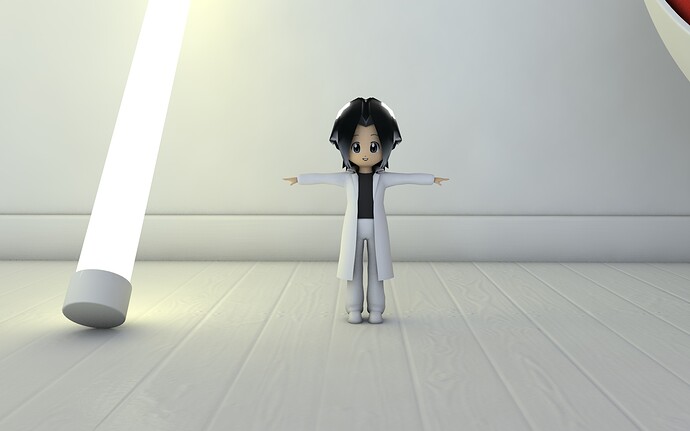 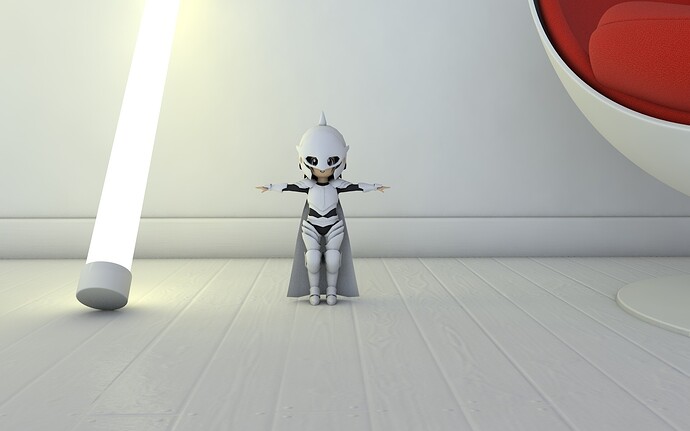 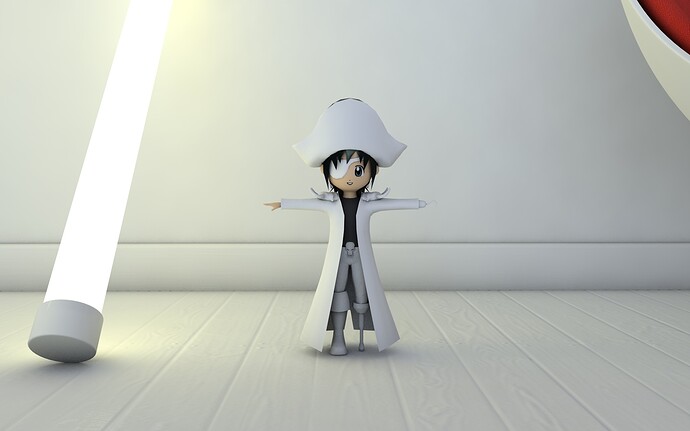 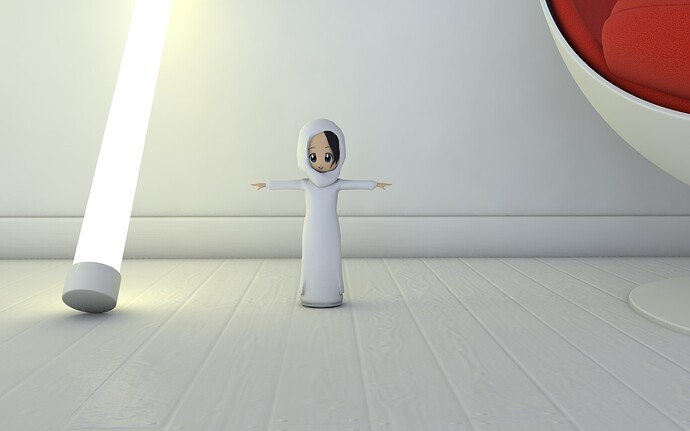 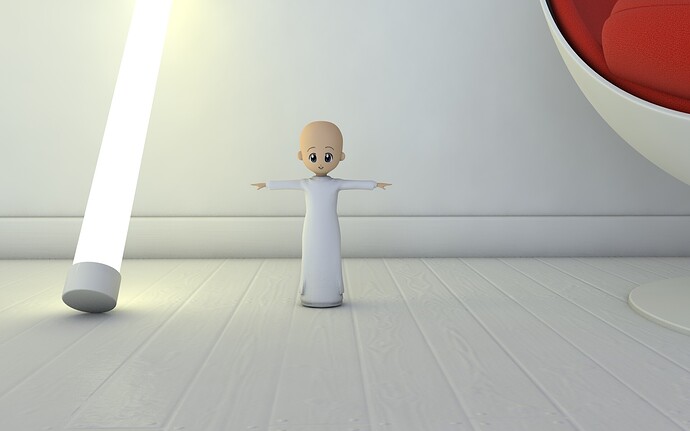 Moving this back as this has been submitted

This has been released or? You may want to change the prefix. I’m going ahead an remove the “coming soon”. (:

this has been released

I have them working but when they start to move the clothing detaches for a second like a separate body.

Added tutorial to use thirdpersonBP whit my chibis.

just Added some preview pics for the Male pack.

The male pack looks really great, but will purchased weapon packs from the marketplace work with them or do i have to make size adjustments because of the size difference ?

The male pack looks really great, but will purchased weapon packs from the marketplace work with them or do i have to make size adjustments because of the size difference ?

its up to ur taste i think bigger weapons on chibis looks good. this pack will includes some basic weapons like axe , sword , GS and even a gun. 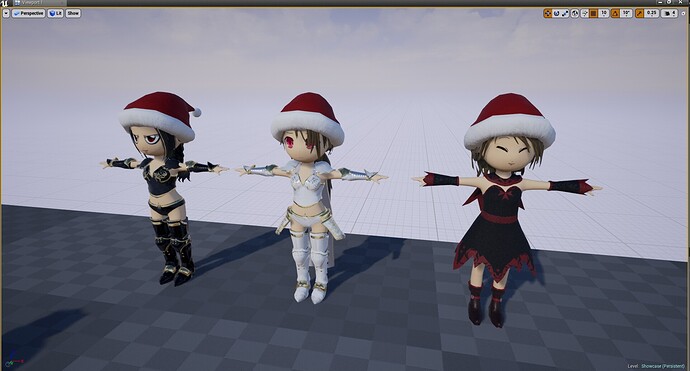 I bought this pack and have played with it for the past few days and wanted to post some feedback for others.

Characters are quite cute and they work well with the default skeleton. It’s not obvious how to utilize them right away in your game unless you know your way around UE editor. IF you don’t the creator has a vid that gets you there in a couple of mins.

The look is good, the weapons it comes with fit nicely, I also played around with some of my own weapons as well as infinite blade ones and most look pretty natural in the hands so that works well.

The accessories that come with look great. Swapping them out is as easy as adding a mesh to the character. I did find it odd that the accessories are all skeletal meshes that also use the characters animBP. Meaning theoretically if there was no humanoid mesh, you’d see the helms, armor, and boots running around animated. I’ve not seen this kinda set up before. For me, it wasn’t aligning to the body 100%. I could see some clipping through the accessories. In the creators video and default walk anim, it looks fine though. Perhaps the alignment was off for me. Also when running an animation montage in the charBP, the body would play the montage while the rest of the gear would stay in place, not what I want obviously, but it looks hilarious.

Anyway, thats not a big deal. I simply set the animBP for all accessories to NONE and just attached them to sockets on the mannequin mesh and all is well except the boots. All of the accessories are L and R versions independent. So snapping them to the L and R parts of the mesh were easy enough, but the boot pair are a single mesh. You can’t snap to the L or R foot since the other would be floating around with it. Because of the animation issues and for future proofing I don’t want to animate accessories separate from my character so I can’t use the boots that came with it, unfortunately. Bit of an oversight I think to put a pair of boots as a single mesh, what if I want a character wearing just one boot? or different boot per foot? Hopefully there’s a future update to add or modify the boots as separate meshes for L and R so the user doesn’t have to do it. I believe the next pack is to have this by default which will be nice.

All in all, great pack, easy to get to work with, animations that work with default UE4 mannequin work nicely when re-targeted, great price, good amount of accessories, easy to to attach (except boots) and easy to make your own and fit them in if you know how. Would recommend this if you need Chibis for something!

thnx for your feedback, after i get chibi males rdy ill update female boots to R & L pieces.

thnx for your feedback, after i get chibi males rdy ill update female boots to R & L pieces.

Another request mostly for future releases, can we get the accessories in static mesh form? It’s causing me a headache now when trying to swap out any other weapons with yours since most accessories are static meshes but yours are skeletal, gave up trying to make them compatible with code swapping the types around, just exporting them now and reimporting all accessories and then find the materials and reapply.

Update for FemalePack should be live 4.10.1 plus added one weapon - Heart Staff.

I purchased the Female Chibi and look forward to the Male Chibi. I’m personally interested in all the costumes & accessories to customize them. I’ve been using ChibiMaker to previz some customization ideas. I would in fact, like to see other artist producing costume packs for Chibi. I assume with two different body styles (Female/Male) its double the work to produce costumes. Perhaps target morphs in the upper chest area could support using a single body for both Male/Female. Assuming the Upper-Chest area is the only difference between the Female and Male body mesh.

ok im goin to work on separating boots in 2 meshes as male pack is already this way. and yes im working on more meshes principally in weapons and helmets for the moment. and thanks for your purchase !
monster pack is on the way hope to have them ready in 1-2 weeks.

Regardless I bought you pack on sellfy as Epic Launcher was causing me some issues (not sure why?). I love the characters! Great job.

I was having the same issue. In fact, the only way for me to pull up this or the male pack was to click on the links directly to them on the marketplace from their respective threads. Searching for them, or Nopal3D’s name both return no search results, on both the launcher, and web version of the market place, and attempting to buy through the web version of the marketplace results in an error, so I had to buy this through Sellfy too…

That aside, the models are really nicely done, and work well enough for a prototype that I was already tinkering with (A short-ish video of what I’ve done with it so far here being used with animations from the Dynamic Sword Animset pack and some other misc. marketplace stuff), so I’m very pleased with the purchase so far, so I wanted to say thanks for making such a cool and awesome pack.