Check if player is in an area

I have a player that is running on batteries. I’m creating power areas for him so if he is within the sphere of influence of one of these power poles then he’s being supplied with power.

I thought this would be simple but I’m having issues as follows: 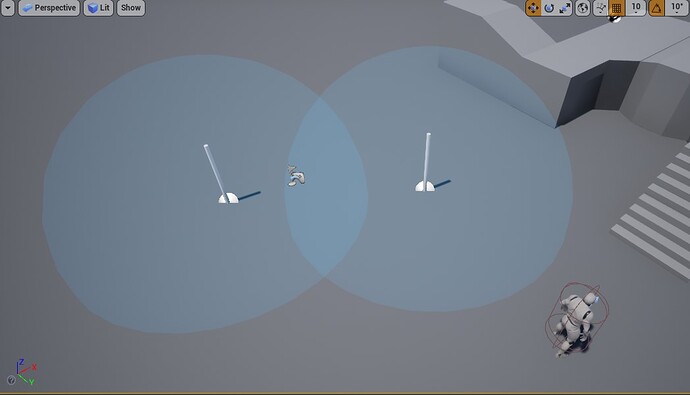 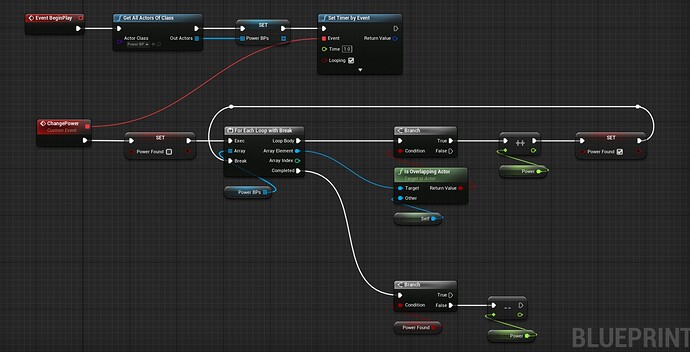 ClockworkOcean, thank you. I have at this point only about 6 months with the engine and I didn’t know about IsOverlappingActor.

Since the player will be adding his own power poles, I had to modify your answer a bit, but it works perfectly.
For anyone interested; In the Player, I set up a few variables and some functions.

(Some things are hard coded for testing)!

As part of BeginPlay, I call GetAllPowerPoles to fill the array. If more are added, then I add them to the array. Also starting the timer function.

When the player steps into the power sphere, it sends an event to the Player that runs SearchForCurrentPower.

Next, if the Player steps out of the power sphere, it sends an event to the player that runs SearchForCurrentPower. 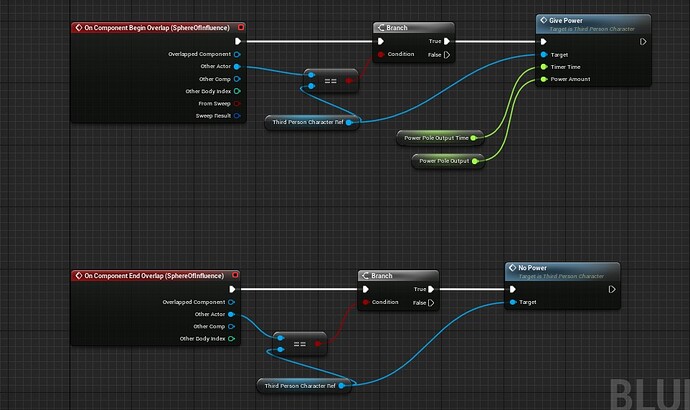 This is what it looks like on the Player’s side: 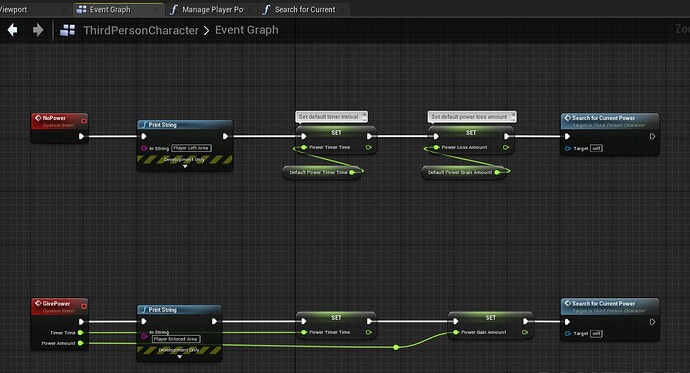 I only need this running if the Player enters or leaves one of the spheres.