Characters seem to hover a few units above the floor 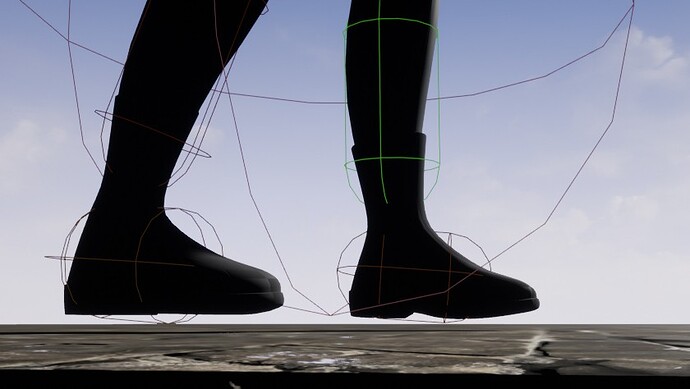 I’ve experimented with the FPS template as well. Looks like characters hover a few units above the floor. I enabled “Show Collision” and the collision capsule itself is definitely hovering here.

Is this an expected thing? I never noticed this until UE 4.18.

Have you tried editing that skeletals mesh physics asset? It should be in same folder as actual skeletal mesh is.

I just tested the Third Person Template and my character is definitely touching the ground floor. Do you have anything added to the character in the character_blueprint, which could have it’s own collision?

I did try messing with the physics asset and removing those foot collisions in case it was somehow affecting the ground collision just to see what happens.

I can’t think of anything else adding to the collision.

The problem will fix itself once I add IK to the feet for standing on arbitrary floors or if I were to move the model itself down a few units.

@spacegojira did you try a brand new project or your own? It’s possible your character also has some kind of foot IK added or is pushed down by a few units. Or maybe they purposely push the model down a few units by default in the 3rd person sample, to compensate.