Hey guys I have an actor setup that I would like to be similar to a Hamster Wheel, simply the player jumps on it and starts running and it should rotate.

As you can see in the video it is almost working how I want it to, however it is not moving at all from the players movement ie actually running on the wheel. It seems to stop the wheel entirely when running against the wheel too. It only is spinning against the characters weight which is fine.

Does anybody have any advice on how to achieve the desired effect? 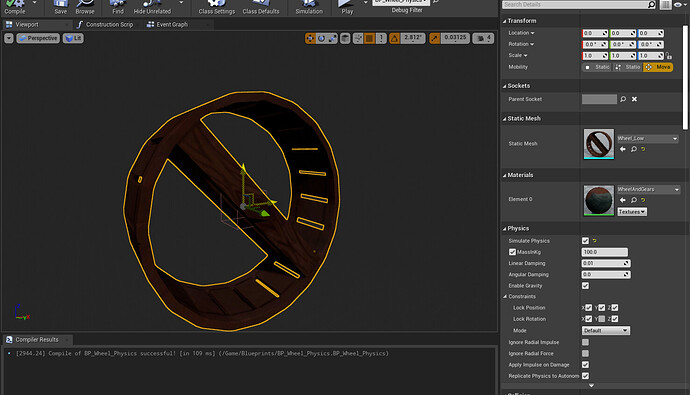 Yes. Fake it.
detect overlap, if its any actor take the actors speed and use it to power the wheel.

if you need the possibility of having more than one actor, I would suggest checking their location compared to the location of the object (which should be the center pivot) to determine which one should affect the wheel and how.
Hopefully there’s no need for any of that.

As far as powering the wheel I would just use the builtin rotation component. Easiest thing to use.