I’m a total noob so this might be solving this the wrong way, but I would start with adding something to the blueprint along the lines of: “When Input ‘S’ is pressed, multiply movement speed by 0.5”

Edit: tried it out, this works, but it could probably be done “cleaner”. Make sure you set the default value of SPEED to 1 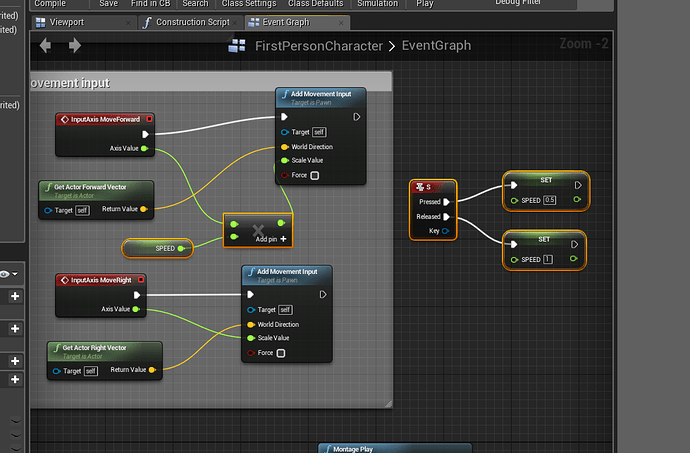 AddMovementInput expects a normalized value between -1 and 1, and clamps any value out of that range, so multiplying an input axis value by speed isn’t doing much, besides changing the sensitivity of the joystick.

if you want to change speed, you should get the movement component, and set MaxWalkSpeed.

and instead of changing the speed on whether S was pressed, you should change speed based on whether GetInputAxisMoveForward is negative. that way, your gamepad and keyboard both work properly.

it worked for me, thanks