Character movement for side scroller

Hello, I’m new to UE4 i’ve use other engines in the past… I’m trying to make a static mesh a movable character for a side scroller game
i’ve never really played with changing characters before on any engine and i’m finding it very hard (i’m sure it’ll be easy)

Anyway!.. I’m trying to make a static mesh move left and right be able to jump and move in the air. Like the HeroTTP character but just as a cube

I’m really stuck and some help would be much appreciated
thank you:) 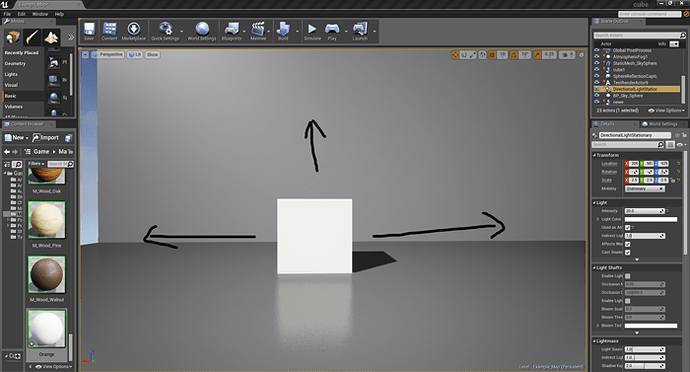 You could start with the following steps:

The video tutorials will likely help you starting off.

I’d make the blueprint as a subclass of “Character”, as it carries a lot of movement logic already

EDIT - I’ve got the character to spawn, physics are on and everything… But i can’t get the cube to move

Could you post a screenshot of what you already did in the char bp?