Character mouvement out of control

The situation is that my character move / play running animation for unknown reason. 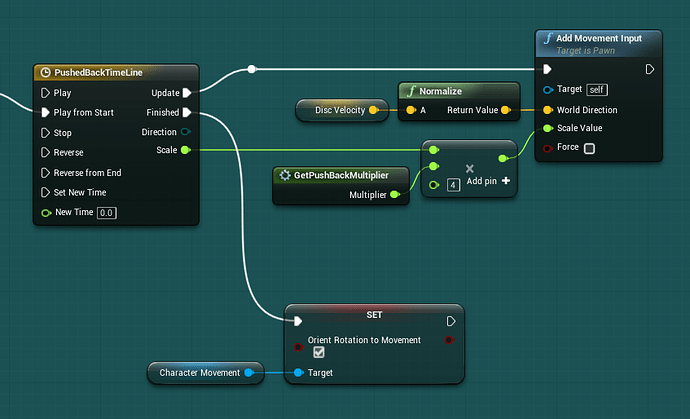 I’m using the Add Movement Input to achieve that push back movement … ( and I feel it could be the culprit here)
The problem didn’t occur before implementing that bit, I have no idea why the character seems to run after throwing a disc. There is no input send to it whatsoever.

So, wondering if anyone had an idea of why ? Or a direction toward debugging it ?
Perhaps, any alternative to achieve a similar result ? (Character sliding backward)