Make sure you are using root motion for the vault animation. 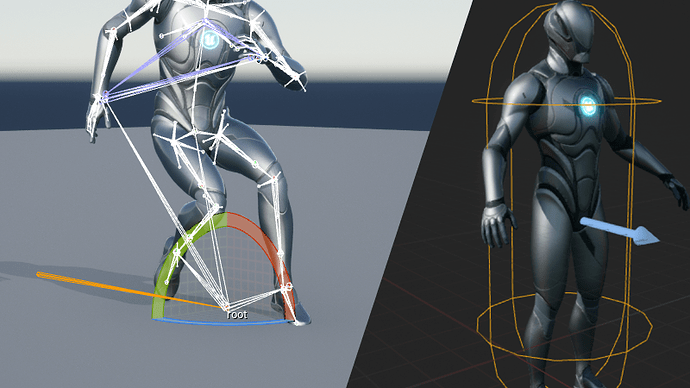 Yes, I heard about this before in a forum thread (one where they were trying to make the actor play a climbing animation).
So how did you get ti working?
Simply change the movement mode OR by combining it with root motion?

Thanks for replying and the link to the article. Followed the instruction in the article however enabling root motion causes the character to sink into the ground while the animation is playing. Very odd/strange behavior. Not sure what could be wrong.

I got it to work. looks like you have to set the character movement to “flying” right before the animation and then set it back to “walking” after the animation ends.

Combining them together. (Root motion with Setting the movement mode to flying).

Great, can you please mark this thread as solved (select one of the answers as the solution).

Did you fix it? i have similar problem, how can setting movement mode to flying help you?

Get a reference to your character, access its MovementComponent. It has a function ‘SetMovementMode’ where you can set it to FLY
Detailed info here:
https://answers.unrealengine.com/questions/88390/how-to-make-blueprints-can-swith-to-flying-mode.html