Are there any workarounds to this limitation?

The only solution I see at the moment is to just create 3 versions of the character (skinny, normal, fat) and have different clothing for each. I do not need to support too many outfits so I can live with the extra work, but it’s kinda limiting to not allow more finer control in the body size by having shapes in-between those 3.
Any other solutions?

You would have to see if you can adjust the size of a collision mesh in the physics asset through code/blueprints since it doesn’t use the actual mesh for collisions.

I hope the functionality comes back. Here’s some history going back to when APEX was still in use: APEX causes Morph Targets to not work - World Creation - Unreal Engine Forums

I hope the functionality comes back. Here’s some history going back to when APEX was still in use: APEX causes Morph Targets to not work - World Creation - Unreal Engine Forums

Yeah, it’s kinda weird that this used to work in 4.10 and was removed in later versions by design.

3 year later and its still broke

We are working on it. Take a look at this and other videos on our channel and let me know if this can be of any interest 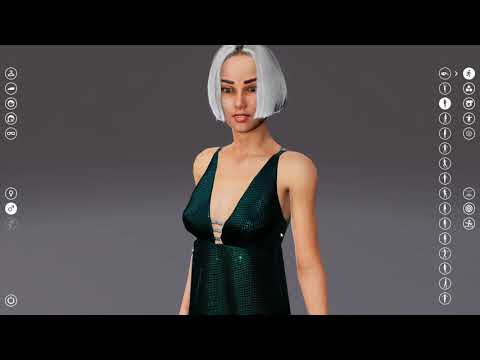 Its by no means perfect. You potentially get a lot of clipping. But you could change the cloth collision capsule size to accommodate getting wider a few inches if your cloth paint allows for the stretch.

needing to do this, I would probably recode the solvers since they don’t work anyway and have - even in chaos- a bad interpretation of how the nvcloth system was supposed to work with backstop and all the other options.

it’s physics, so it isn’t an easy task.
But the starting position of the vertex before simulation begins has literally never been correct thought any engine version.
and a morph target would obviously cause that initial position to shift even further.

Another idea. Maybe worldspace positioned “fat density” image into the shader to move the verticis further.
Not sure if shader overwrites the cloth behavior though. It likely does.

really awsome show, especially for the cloth simulation ,is there any tech keywords of your “GPU-optimized cloth simulation” system, I want to learn something about this. or maybe you can put that on the unreal market for sale.

While the uDraper plugin is very cool and provides good results, it’s not a replacement for dynamic cloth with morph targets. For one it does not support standalone games, so you cannot use it in published games, only in the editor. Secondly it’s rather expensive which is why the results are good but it isn’t necessarily suitable for 60 fps gameplay. If you don’t plan to ever publish a game or care about maintaining 60 fps, then I guess it would work for you. For everyone else though we’re still at a loss as to the question posed in this thread.

It would seem that because dynamic cloth is completely incompatible with morphs, the only option is to use rigged clothing and create physics using Anim Dynamics. This is particularly frustrating for people creating character customizers, because it means you will need to add a ton of extra bones to the character armature in order to support the usage of rigged clothing with physics, for results that are certainly sub-par when compared to cloth dynamics.

It’s rather disappointing that there seems to be no good solution for morph targets with cloth dynamics, as it’s not exactly a niche feature in games. Elden Ring for instance has a system for dynamic cloth that supports morph targets, surely Unreal could also implement such a thing. Well, it did, but that was removed.

you can use vertex shader to achieve morph target effects with ue cloth on.