Character Animation will not rotate

I’ve imported an animation from Blender in an .FBX

The character’s animation is suppose to rotate however, the character does not move at all.

I’ve checked “EnableRootMotion”, however this seems to have no effect.

I think the issue is that Unreal is preventing the rootbone to rotate, move, or change size, but I can’t seem tochange that default behavior.

Bump (with some more info)
I have this soldier animating from Blender that I’ve imported into Unreal.
The problem is that the character’s body is suppose to move up and down during the walk cycle animation, but does not.
(Note the red line above the character’s head)

I think the issue has something to do with enabling root-motion in the animation, however this appears to have no effect.
Thank you. 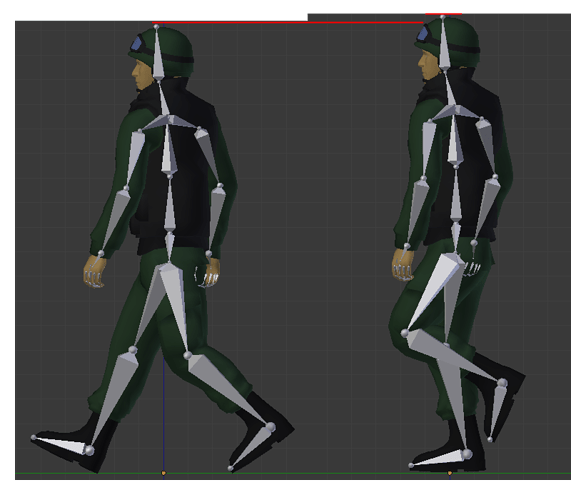 Is there no motion at all or just no up/down movement?

Hi KrowiSoft, thanks for the quick response!
There is motion, but just not the up and down part.

I figured out a solution, it seems so obvious in hindsight. All I had to do was create another bone, and make the previous root bone a child of the new bone, thus creating a new root bone. The new root is at 0, 0, 0 and does not contain any key frames for any of the animations. I noticed that the UE4 Mannequin also has a root bone just like this. 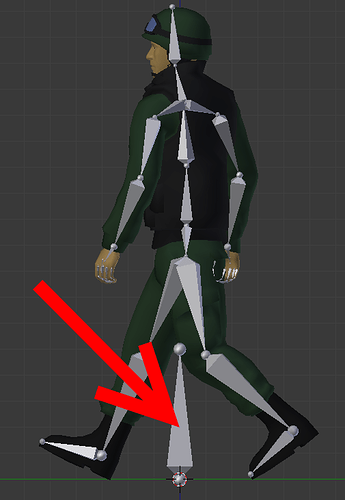