I have found a Character model online, and I started to watch a video tutorial that explained Animation and Blending.
I was able to do the first few minutes after trying a few different models, and one that I found online imported the Mesh correctly with the bones.

When at about minute 8 in the tutorial it reached putting animations made by the author himself, that is where I got lost as my model did not include animations.
Is there anyway I can use the animation off examples or other characters? 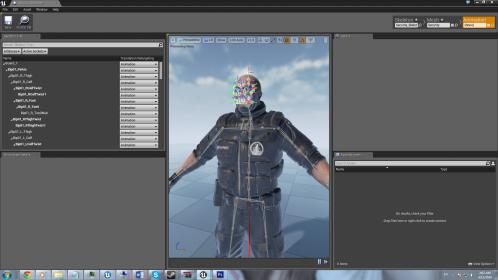 Tutorial I used for Animation and Blending

you can only use other animations if the skeletal rig(bones) is the same, afaik atm there is no way of re-targeting an animation from different rigs to another