Today I started my journey with Chaos system for Vehicles and simply put - I got overwhelmed by number of properties in Vehicle Movement Component. Are there any sources where can i look what are those properties are and how do they influence vehicle behaviour in order to achieve expected result without going totally blind messing with props randomly?

Going by the number of unanswered similar threads on here I’m tempted to say NO… There’s no shortcuts! Part of the problem is, Epic are not good at offering working templates anymore. They tend to leave that to others and move on. Creating or Modding vehicles in legacy engine tech like UDK was easier tbh. Early UE4 vehicles were horrible a bit like early Chaos vehicles, with no real documentation. Overall Its a lot easier and a lot more fun to just make flying-cars in the engine. The possibilities are endless and no documentation is required - go figure.

That’s… unfortunate. I think I would be happy if they just share the project that was used in presentation/tutorial video. However there was only sport car.

Epic do occasionally release resources with tutorials / livestreams. But they’re inconsistent about it. The cars in the Matrix demo look great for example. But not everyone has found it easy to migrate that tech over to their own projects. Epic are wealthy enough though that they could offer a dedicated team to just ship working examples / templates full-time.

But Epic execs prefer instead to keep kicking out stale / bland / badly laid-out out-of-date old-school docs most of the time. The docs team themselves don’t even interact on here anymore. That area of Epic just seems like a big-black-hole - endlessly sucking in resources and new hires, but not actually producing anything anymore or making things better.

Overall, Epic live in a bubble. But this is what happens when success comes easy. You see it with civilizations vs corporations all the time. UE is a Pro engine. So all resources are spent making it the dominant market killer. Epic isn’t here to help Indies. Its here to make $$$ and keep making $$$ and that’s just how it is whatever its roots once were that’s all forgotten.

Indie doesn’t bring money to them. I guess if some big player decides to use UE, they make contract for some devs from Epic to help them out. We need to keep in mind that Chaos Vehicles are in Beta, so I wouldn’t expect anything more than single working example and constantly outdated docs

UE can crash out of nowhere during work with vehicles. I think we can only be patient and wait that maybe someone who’ll crack it, make some comprehensive guide. By then, we just need to tinker… tinker… sleep… and tinker

Ok as it has been stated afaik there are no short-cuts or big red buttons that make a perfect vehicle, for those that have been around a long time you’ll notice that a lot of the varibles have been carried over from physx, and also a alot have been added, the biggist issue i think is that 99% of the ue4/5 users haven’t a clue what the varibles do and what they are used for. Being an ex-vehicle mechanic most of this names do mean something to me but you really need the knowledge of a vehicle engineer/designer to really understand.
For both Engine versions there are ‘Wheeled Vehicle’ templates which give you a decent starting point.

So maybe you can help me on what props i need to focus if I want to make something that behaves like armored transport that can drive on almost every terrain?

ok look at the ue4 car game template for ue4 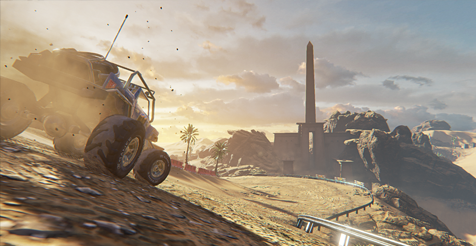 Tap into UE4's full vehicle support! Kick the tires with this sample game.

for ue5 in the startup or content browser add the Vehicle Pack/Template.
as mentioned there are lots of varibles in the movement component and in the wheel bp.

also keep an eye on the marketplace for free vehicles content.

Thanks, i think that’s all what we can use for reference now