I have been looking around on the web for a solution to this.

I need to change a specific parameter in a specific emitter in a particle system that is attached as a component in my blueprint. As we all know, the Infinity Sword assets have just been released for use and I am playing around with them, trying to re-purpose some of them for my game.

One of them is the Lightning Effect and what I need to change is the Spawn Rate, specifically the Rate Scale. 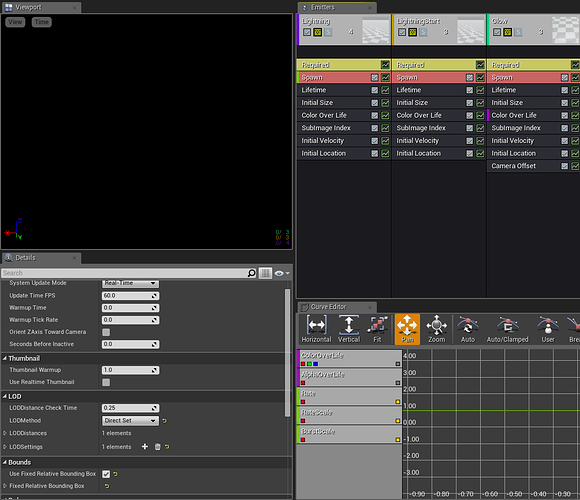 I have now marked the “Spawn” module in the “Lightning” Emitter and I see the following properties:

How would I go about changing the 1.0 constant during gameplay through a blueprint?

No help with Particles? :c

Hmm, have you tried the solution in this link? 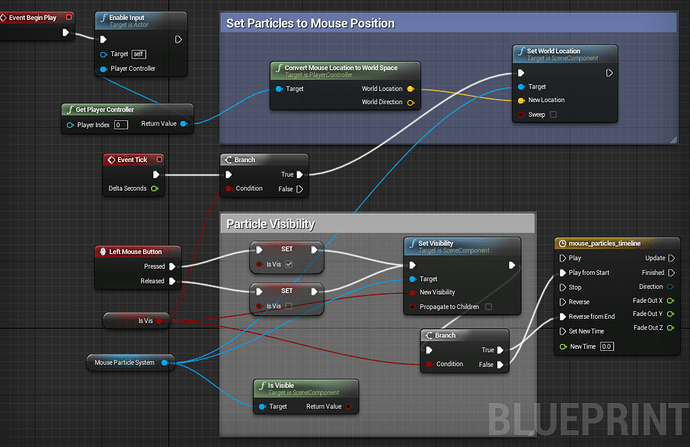 Hi there, I’m not getting some fundamental aspect of assigning values to Particle Emitters (and probably other objects, too). I’ve created a pretty nice looking particle system that activates and positions itself when the left mouse button is...

There are a couple of steps that need to be taken:

Firstly, you need to set the spawn rate scale in cascade to a float parameter. (Specifically, distributionFloatParticleParameter). Then, in your blueprint, you need to use “Set Float Parameter” for the particle system, and pass in the name of the parameter defined in cascade. See attached for details.