Edit: Simplified question: I am trying to change settings of a C++ file. I have made a change to the c++ code and re-saved it. The editor isn’t picking up these changes even after restarting. Does something need to be reloaded somehow?

I need to preface by saying my C++ knowledge is very limited, which is why I’m struggling with this.

For the last few days, I’ve been trying to get Steam leaderboards working for a game that uses all blueprint scripting.

Right now when an entry is submitted through blueprints using “write leaderboard integer”, the score is submitted to Steam successfully but is added to the old score stat. What I would like to do is replace the score stat entirely as mentioned in this thread:

Problem is that it still doesn’t work even after I change the code on lines 293 and 304. The file I’m looking at is “OnlineLeaderboardInterfaceSteam.cpp” in Engine > plugins > online > onlinesubsystemsteam > source > private

Am I missing something obvious besides re-saving the .cpp document after the changes?

I also tried rebooting the editor with no luck.

unlike with changed in BP when you change the C++ code you need to recompile the engine for it to take effect.

So I tried right clicking on the engine folder and “rebuild” which it did successfully but after rebooting Unreal, the changes have not come into effect. Not sure what’s gong on here. 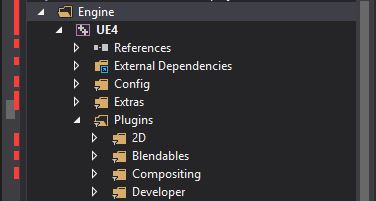 Dont you need to make such changes on the source code of the Engine and rebuild the the whole Editor? Building Unreal Engine from Source | Unreal Engine Documentation

I also have to make changes on the ImagePlate Plugin c++ code and I’m not sure yet, if there is another easier way, because Rebuilding the Editor cost time…

The Engine should already be built if you are running it from source. When making changes in the Engine Files, you don’t have to re-build but simply click build. Your IDE and compiler will know that files have changed and only compile those files.