Available to watch now on - ‘‘Till This Day’’ Short Film

CG Animated Short Film ”Till This Day” is about a man with a haunted past visits a town where an accident took place that claimed his brother, he returns to face his past, but not all is what it seems.

I wanted to try something new with the outstanding technologies Unreal Engine has given us. That’s where the exciting part comes – I achieved such results using the UE 4.27 version not only for production purposes only but for faster workflow. I used NVIDIA’s newest real-time raytracing plugin – RTX GLOBAL ILLUMMINATION (RTXGI) to provide the most accurate lighting as possible. Motion Capture was very limited so I had to be careful with the character’s behavior given the circumstances but MOCAP Online did an amazing job for more low-budget projects. Facial animations & expressions were done using the METAHUMAN Creator by Epic Games captured from an iPhone. Overall I truly believe real-time rendering will play huge part in filmmaking in the close future & that’s why I’m here for - to be a part of it’s journey.

MORE ABOUT THE STORY

The story is about a man who used to work in the coal mines, Centralia, PA. When an accident happened a fire broke out. He worked there along with his brother who strangely disappeared in the mines when the fire appeared. Many years after he decides to come back to this ghost town because he keeps on having flashback & hallucinations about the incident. He comes back to find his brother. The incident is based on a true story. The Centralia mine fire is a coal-seam fire that has been burning underneath the borough of Centralia, Pennsylvania, United States, since at least May 27, 1962. Its original cause is still a matter of debate. It is burning in underground coal mines at depths of up to 300 feet over an 8-mile stretch of 3,700 acres. As he comes back he experiences visions & hallucinations of his brother. He faints out and finds himself deep in the burning mines when he panics and starts running. Afterwards he finds himself in the control room where they used to process the coal. He wanders around where he has his last vision of his lost brother and that’s when the short film ends. Right at the end we come to realize that man never had a brother. It was all in his head. While the majority of hallucinations reported in primary psychotic disorders are auditory, they may also be visual, olfactory, tactile, or gustatory. Visual hallucinations have been reported in 16%–72% of patients with schizophrenia and schizoaffective disorder. The day the disaster happened he had unlocked this atrocious disorder in the accumulation of stress and emotional life events like the following one. Physical, genetic, psychological and environmental factors can make a person more likely to develop the condition even the toxic fumes from the mine fire could trigger a psychotic episode. 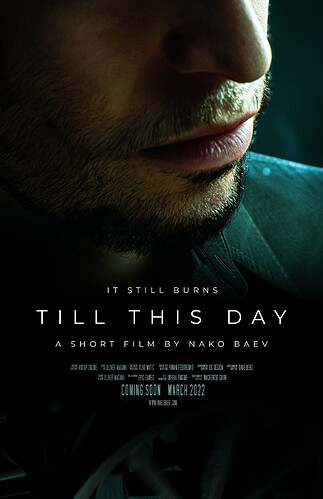 This cinematic looks absolutely breathtaking. Every emotion expressed through movement was so spot on, even though we can’t see the character’s face. Such a display of true talent.

Thank you so much for sharing your art with us here on the Unreal Engine forums and I hope to see more of your work soon!