Any thoughts? I am sort of new to Unreal. 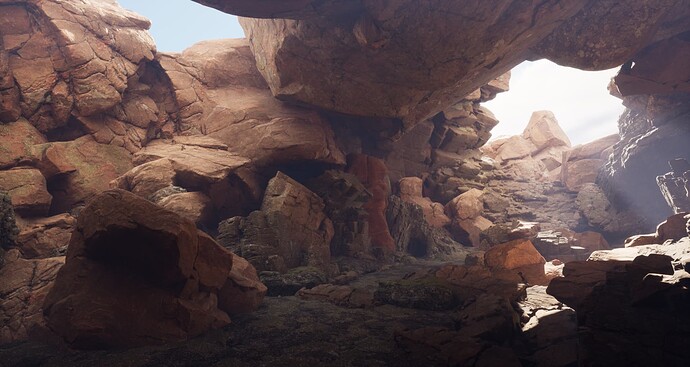 It is extremely difficult to answer such questions because you do not know what the idea of the work was, its meaning and task, what the author wanted to convey in general, what he emphasized and what he doubts.

*For example… I admire the nature of the Grand Canyon (Arizona), I wanted to depict a cave in late spring when the canyon is about 20 ° C in the daytime. In his work, he tried to focus on the maximum realism of stones, light and grass.

It looks good to me. You can put a campfire or tent in the distance to the right, a climber climbing down a rope and his friends standing below and looking at him. You can also experiment with fog.

Look at the older brothers from Quixel there right now they have an event about worlds.

uhh… thanks i guess
I just meant does it look nice or not
also, about the campfire and human stuff, that really is not the vibe i want. I wanted it to be more like a mysterious, cave unknown to the rest of the world

I recommend paying attention to the works of really famous and well-known photographers, photos that have won competitions and have been recognized by society.
Try to recreate the artist’s work in UE and then adjust it so that your screenshot does not differ from the original. This will allow you to think more about the technical details of the work, meet obstacles, look for answers and overcome them. 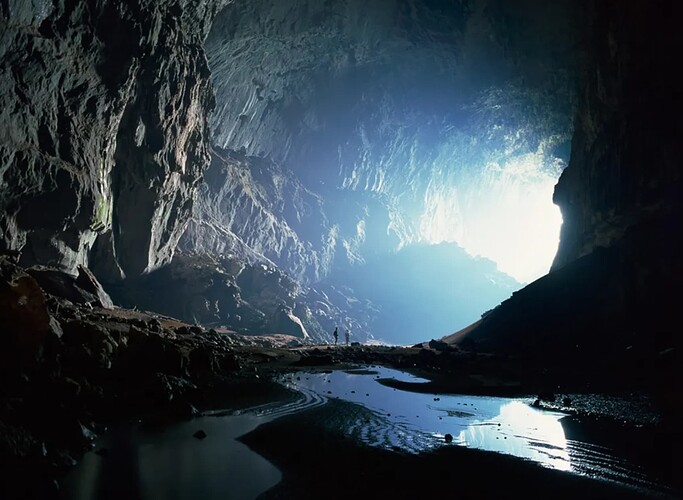 Thank you! That really could help me in visualising my environments!

Sometimes, I have come across caves that new artists have built, and they appear to be obvious copy/paste jobs. What we know about natural geology is that there are many different ways in which the rock formations are formed - be it eroded fragments of other rocks, the remains of plants or animals, the pressure of the environment, or erosion from wind or water. Even if you chose the same rock meshes, you have placed them in such a way that they look natural. With this, you have done a splendid job.

Are caves something that you find a large interest in? Have you ever been spelunking?

Thank you! I’m glad to know this! I have actually played around with UE4 before, just not really making anything. Its only recently I have actually made something.
Also, no. I am actually a bit afraid of going into a cave, but i do like the way they look.