Hello everyone,
I’m working on cave for my game, this is just a prototype, what do you guys think about it? 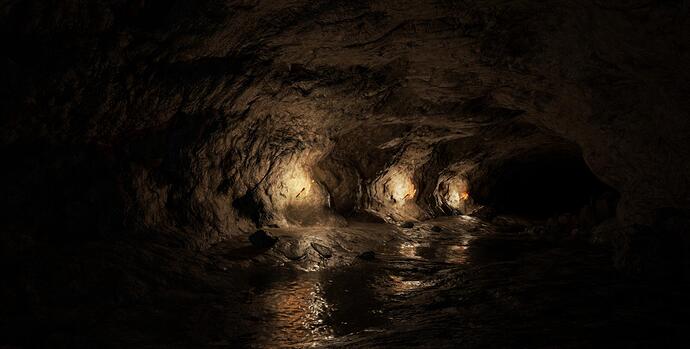 This is indeed a cave, yes.

It has an extreme lack of detail. Minor things like dust motes, lichen clinging to the walls, and the odd plant would really improve it. Also this is not entirely a natural cave as indicative of the pre-placed torches. Miners would include things like floor boards to make movement more secure, something to consider depending on the context of the cave.

Thank you for your comment, as I said, this is my first prototype, I will try add more details in next version

Looking pretty awesome so far. Nice detail in the materials. Cave itself looks nice and organic. Some layered materials over parts of the walls will go a long way to help break up the “sameness” of it. Looking forward to seeing where it goes from here!

Well I think its an amazing cave. How did you make it?

Well I think its an amazing cave. How did you make it?

I created 3d model in 3ds max (mainly with procedular maps) and divided it into sections (~60k poly per section). Material is pretty simple, although it contains vertex painting (I use it for the water on the ground).

Some more ambient lighting can help. I’m not sure how you would have ambient lighting in a cave, but think of something. Maybe there’s a bio-luminescent plant or animal species living there, and it’s bright enough to provide soft, natural light. Maybe the cave isn’t too far underground and there’s some natural moonlighting filtering in. Maybe there’s a crack in the floor and a lava river underneath, spewing smoke through the crack and lighting the cave that way. If this is a modern cave, you can have work lights and cables running along the walls to light up the environment. If it’s an old cave, torches, oil lamps, anything to get some stronger ambient light in here.

It seems you tried the moonlight solution, but there should be a much stronger light/shadow being cast than what I’m seeing now. Don’t be afraid to add static lights in order to fill the room.

If you going for a natural look try adding some sand. add less specularity to your materials.
Here are some pics from one of my caving expedition for reference 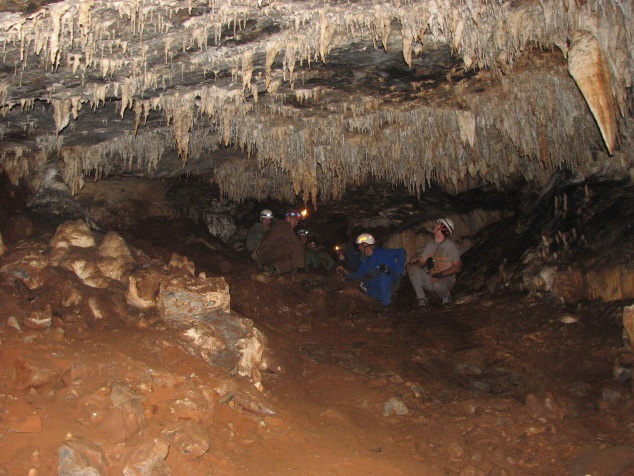 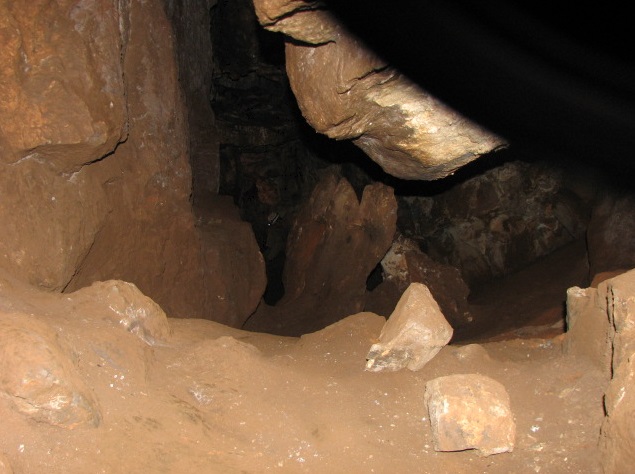 Cave walls are mostly very dusty and not reflective at all. 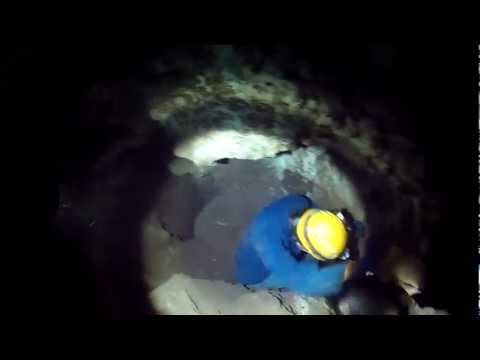 Cave walls are mostly very dusty and not reflective at all.

I like your cave … the stream down the middle is a neat feature. 8-}

Yeah, not all caves are equal. But having a real-life reference to draw from will definitely add logic to the space and help tie it down.

Crocopede: sometimes in CG you focusing more on aesthetics then realism…even when you aiming for realism

True… only starting to realize that now. Still very much a noob.

And whats happening with this scene… i want updates. Really like the direction of it.

the pictures look so real O.o can we have a documentation?

Great start, reminds me of the tunnels from Starship Troopers