Cat Commando: Wrong Kind Of Puss - ©2019 Jerome Lebel. Upcoming arcade game for Windows PCs, all content by Jerome Lebel. This game is a joke that makes fun of anti-cat sentiment. Made with Unreal Engine 4.

I started messing around with UE4 (the first engine I’ve ever used) in early 2018 with zero experience in programming and game design. I was in way over my head and quit for several months - it felt overwhelming. I watched tutorials and read about programming as much as I could but only in short bursts. Then I’d quit again for a month or so. But in the fall of 2018, I started getting more serious about it and started a 2d game with UE4 (I will finish this game in the coming months).

A week or so ago, I started this arcade game and it’s coming along. The last thing I want to do is aim too high and not be able to complete my project. So I have very small ambitions. I have made everything in this game as it is a completely solo project. Blueprint tutorials on YouTube have been a tremendous help for understanding programming but I have a LOT left to learn.

The game is a wave game with an ending. The mechanics are coming together but it’s raw right now.

The game is dumb and vulgar but is meant as a joke.

See the game in action:

The game is done and can be downloaded as a Pay-What-You-Want on itch.io: 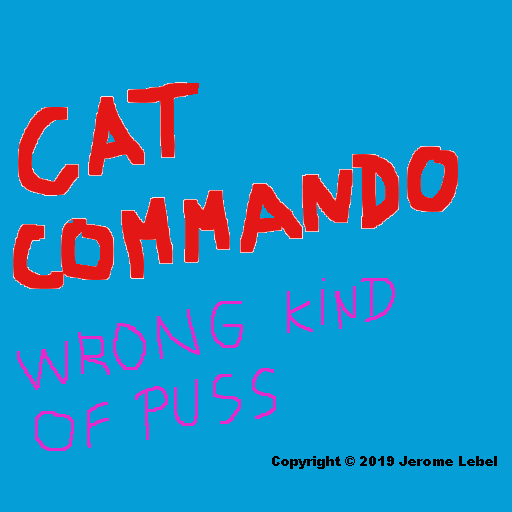 A cat fights back against cat-hatred!