Casting to Save Game Object failing

The point of failure: 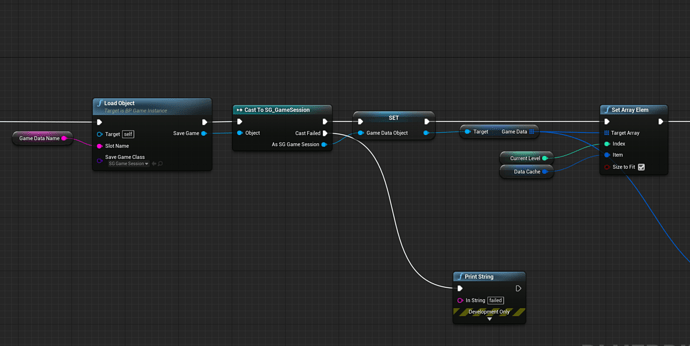 You need to do the cast here 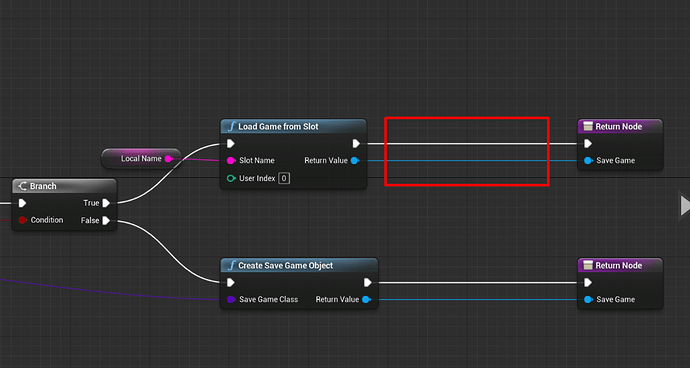 I tried removing the Load Object node and replaced it with the Load Game from Slot. For some reason, it succeeds when I use a “Cast to SG_Cache” node. But I can’t figure out why this would be, because this slot is not an SG_Cache, It’s an SG_GameSession.

As I’m looking through this, it appears that I cannot use the “Cast to SG_GameSession” Node without it failing. I’m not really sure why this node fails but the “Cast to SG_Cache” node works fine.

Then apparently it is a SG_Cache?

Try removing the savegame and then run the code…

As far as I can tell, it isn’t an SG_Cache. It’s never set as one and the variable is of the type SG_GameSession.

Removing the saved game did nothing unfortunately.

So it appears as though the game is not successfully saving the file. I’m not sure why that is.

Well I deleted a bunch of stuff and put it back in exactly the way I had it, and it works marginally better now. No idea what that was about. Thanks for your help.