I am accessing variables saved in my third person blueprint for a menu system (sound volumes, graphics settings) to display and interact with them in the menu. It is responding
like I have called destroy actor on the variable (even though there is no call to destroy actor)

I get a “pending kill or garbage” error message when I leave the simulation.

Screen while cast is working 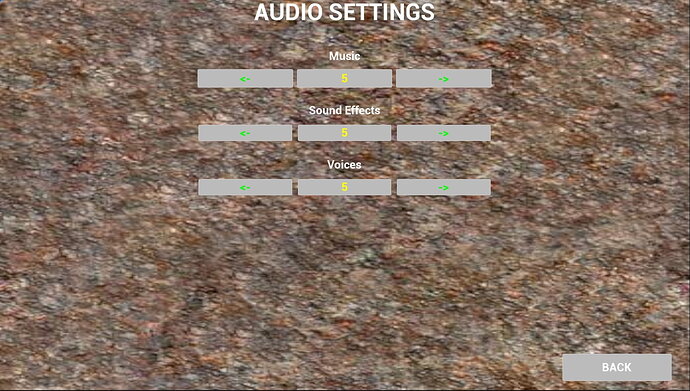 Screen after cast has failed 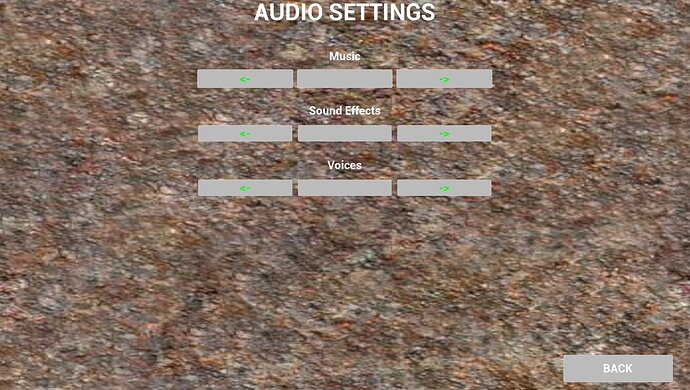 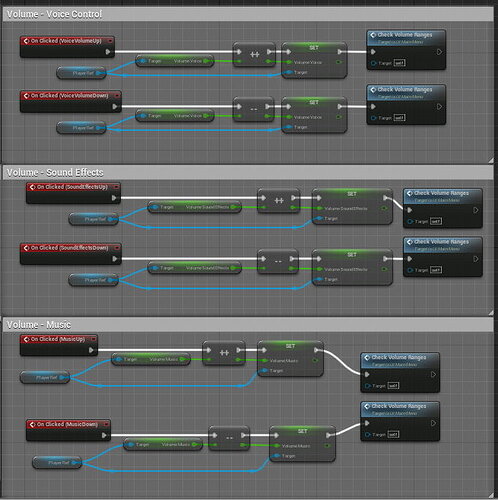 Does anyone have ideas on how to fix this? Does it have a life span before it is automatically killed?

I’ve been doing more testing, this error only occurs when I call the UI menu (and casting) from a blank level (Menu Menu level, only calls the UI)

If I call it from the third person player blueprint (as a pause menu) it does not ‘time out’ and lose the cast.

I have just tried using the event on initialized but still get the same error with the cast being lost.

I am guessing this is where the issue is occurring, if I call it as my player during gameplay it works as expected (can stay on the pause screen for infinite time without losing the cast).

When it is from the MainMenu level, I can leave it on the screen with the volume controls and it will lose the numbers at the same time (4m30s) They disappear from the screen

Do you ever load another level?

You’re adding the widget to the viewport but do not set a reference. Which could be fine under regular but here we might be dealing with something uncanny. Perhaps that could help.

At this stage it’s not calling any other levels to load, just idle on this ‘level’.

However, I added the “Set Game Paused” (even though there is nothing to pause) call to the Begin Play code above, this seems to have fixed the issue.

However, I added the “Set Game Paused” (even though there is nothing to pause) call to the Begin Play code above, this seems to have fixed the issue.

Oooh, that’s intriguing. 4:30 you say? Here’s something I’ve never heard about before… Nice one.

This is a mystery, though.

Do you have any timers ticking, triggering something that might have been abandoned or forgotten?

It may be an issue with the engine itself.

I tried making a new project with nothing in it (Unreal Engine 5.0.0, Third Person Game project without starter content)

After the 4m30s mark the cast is lost (no error messages displayed) The number from the cast disappears from the screen.

If I add the pause call it stays on the screen.

Oh, if you mean that the pin on the cast node becomes invalid, then this is not a bug. I thought you were getting a null reference from a variable:

Could you demonstrate what, where and when exactly triggers the warning.

This, while inefficient, should be fine, though - assuming this is bound to a widget. 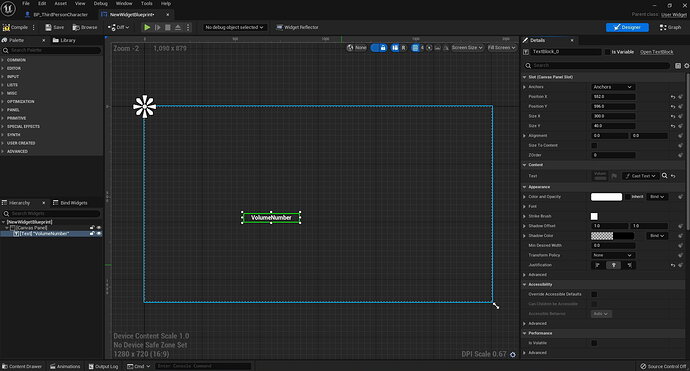 This is the widget blueprint in designer view

The binding to the VolumeNumber text (function Cast Text)

The level running in viewport (left monitor/view) with the level blueprint on the right.

After it has been running for the 4m30s the displayed number in the widget (number 5 in this example) disappears unless the blueprint has the “Set Game Paused” set to TRUE.

This is a blank project with no other factors.

Thanks for the clarification!

Yeah, that does not seem right. I wonder if that’s a UE5 thing / bug - seems like it now. That bound function fires non-stop, every frame - the cast node can’t expire.

Out of sheer curiosity, is it the entire widget that goes missing or the text disappears because the variable cannot be accessed? Like, if you had a border - would it also go missing?

One note, hear me out - it’s a wild theory! There is something called killZ - if the character falls out of the world, that actor gets destroyed. What are the chances that your character simply keeps falling and gets killed by the killZ volume?

Put a platform under their feet, see what happens.

That is what it is, I added a box for the player to spawn on to and it works. If I make the player jump off the box it causes the loss of the cast. It was only the number from the cast being lost. Any border, buttons, images remain on the screen.