This is a WIP project that I and a friend of mine have been working on for two months. Right now it features a freerunning system, shield’s ricochet and enemy seeking behavior and some other smaller features like parry, etc. Freerun is similar to games like Assassin’s Creed or Metal Gear Rising: Revengeance in that it automatically detects the obstacles in front of the player character and plays the suitable animation based upon factors such as obstacle height and width and the distance to the player. It uses a form of motion warping in order to match the animations with world geometry. The Shield actively tries to find ricochetable(which is probably not even a word) surfaces and enemies in the world to go to after every ricochet. This is still in a very primitive stage with a lot of bugs but we will continue to work on it in the near future.
Here is the demo video: 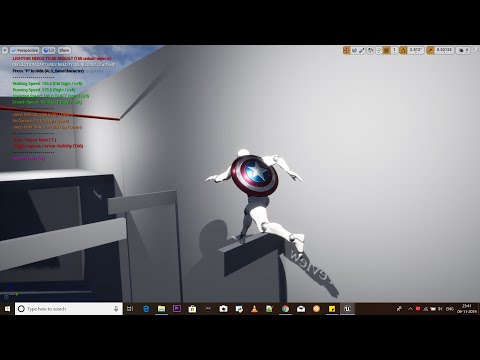