Here’s a problem we found some time ago when trying capsule shadows since their first introduction in the engine.
When used with a point light, the capsules are also projected in the wrong direction.

In the following screenshot, I used the third person startup project, removed the original light and added a stationnary point light in the center of the room and built the lighting.

We can see on those shots the wrong projection.
The closer to the light the character gets, the stronger the wrong shadow appears.
Needless to say that it is even more noticeable in movement. 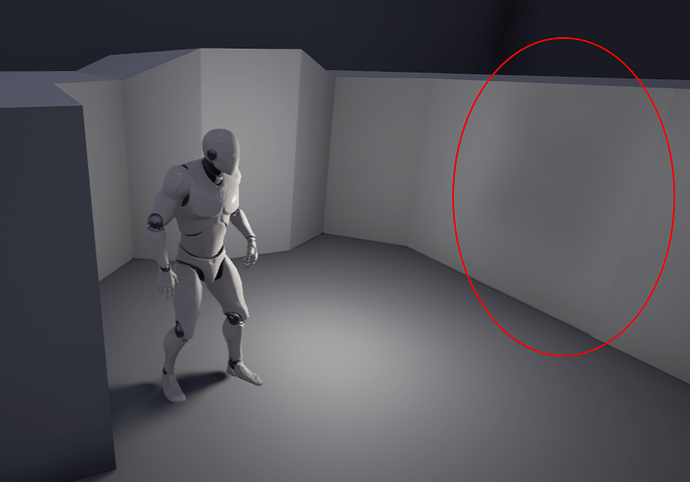 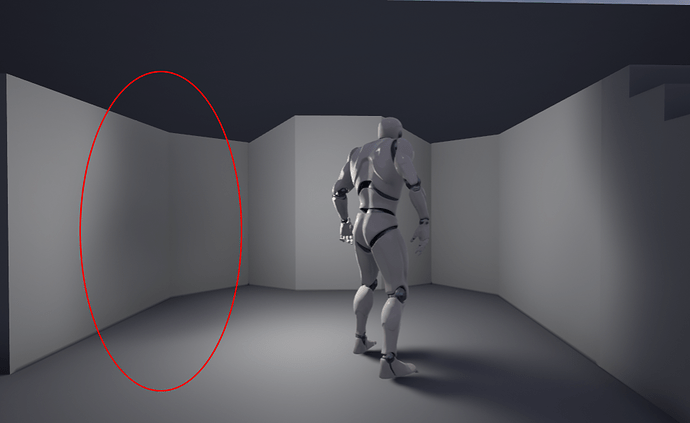 This looks like you have the light too low in this area and the with direct capsule shadows enabled. As the actor crosses the light the geometry of the mesh is crossing the point where the light is placed and thus you’ll get this shadowing on both sides. If you moved the light up higher you’ll see this issue go away.

Given that you’ve not posted details about where the light is physically placed or any settings you’ve used for the light or character, I have to infer some things, but this is my best guess with what you’re seeing here.

thanks for the answer. Here is a picture showing the problem again. The point light is located at the tip of the pyramid, and you can see that the character is not that close to it.
Even when the character is against the wall on th right, the wrong shadow appears on the left wall (much dimmer but still visible.)

Is there a value we can tweak to avoid this issue beside deactivating the direct capsule shadows of the character ? 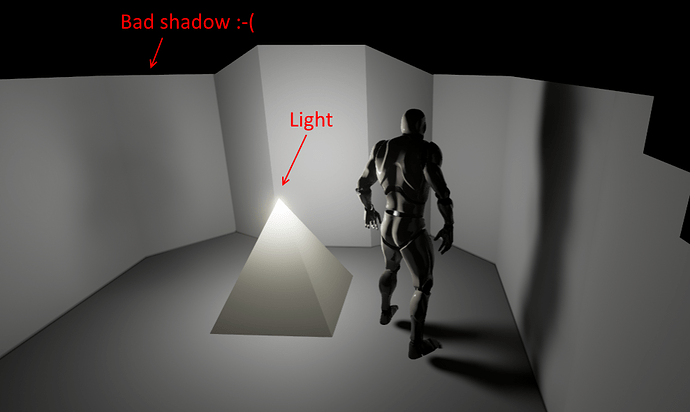 Thanks! I was able to see what’s happening now. I’ve submitted a ticket for this to be looked at. Unreal Engine Issues and Bug Tracker (UE-39766)

When I adjust the Source Radius up just a little (using a value of 1.0 here) I was able to see the effect much more clearly, which seems to be a bug.

Thanks!
I hope it will be fixed soon