I am trying to transfer 3D umaps from one uproject to another via github, but when I try to open the umaps in the new project the 3D mesh doesn’t appear. Why is that? Perhaps a crucial file is missing. What files are necessary for the successful transfer of the umaps? What else can be done to ensure a successful transfer through github.

We transfer the same umap/content/folders into the coder’s version of the project, but when the coder loads the umap in unreal, no 3d/map is visible, just a few icons.

Here is how it looks on the artists computer. 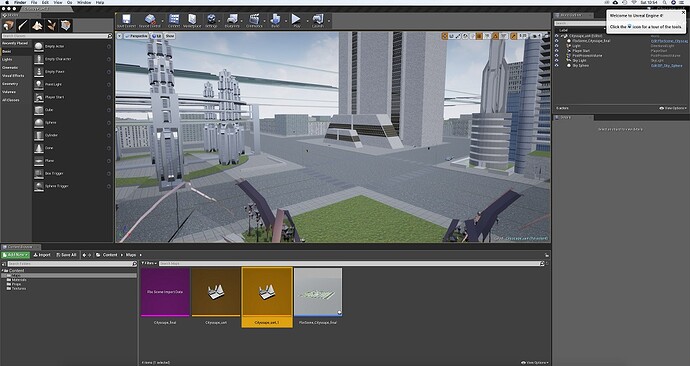 We’re using git desktop - I gather it’s not too difficult to use the internal one. Could that fix the problem?

Are you using the inbuilt git utility or git desktop?
Can you add your data from gitignore?

I’ve found git desktop in its current form to be fantastic and the inbuilt system to be less simple and more prone to conflicts.
Have you tested creating a new 3d object, double checking it’s in your game folder then pushing (then making sure its visible on your repository online)?
This will help find where the issue lies.