In my my editor it look good and everything went smooth as i want. I pack game up for show my friend… but it cant play the game…

start up level is main menu, quit button is good… setting for screen size don’t work… play game button to load first level but cause first person pop up then go back main menu in a blink. i press esc and pause menu pop up on top of main menu. it shouldn’t do that…

to me it sound like game package only can package one game level not all level.

How can I package all level or how can I fix that?

Can you show the blueprint were you are opening the level? Also, if your build configuration is set to Development, try opening the console in game and typing Open Map_Name
(Where map_name is your map’s name) just to make sure it’s loading right 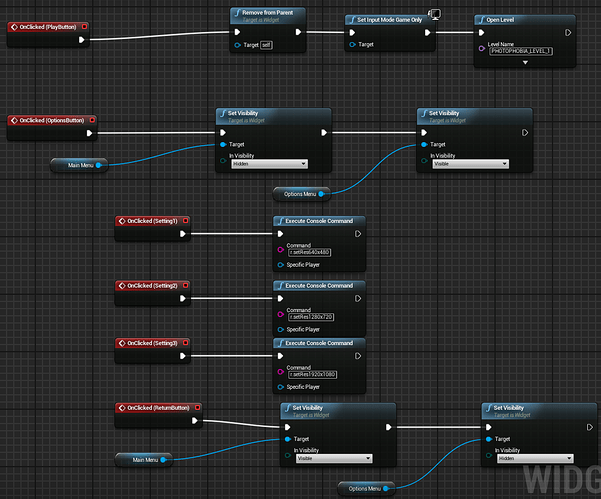 Try removing the Remove from Parent node, since using that can prevent any of the nodes after it from running

not working. there are no blink switch back. but pause menu is there and main menu still display.

I think loading character is working because of pause menu, but widget are still block the view… I just set main menu to see through and I don’t see any level map.

oops. I just delete main menu and first person character to create other one… I just got pop up warning.

[This map is using externally referenced packages which won’t be found when in a game and all references will be broken. Perform a map check for more details.

How can I fix that?

Yes! got it working!! 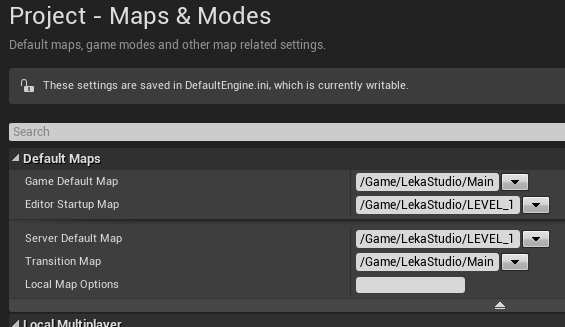 But… do that mean unreal engine only allow 2 level? how can I add level 2 and upward?

still getting externally referenced warning… a bit annoy it pop up every time I loading map… How can I shut this up? hah

The default map is just the first map that opens when you run the packaged game, after that you can load any map you like using the open level node. You aren’t limited to 2.
About the warnings, you’ll have the remove any references to the deleted object, check if you have a variable in a blueprint that points to it etc. and delete it

but how come it do not working in first place until I put level 1 in server default map?

How can I check references and remove it?