I was wondering if anyone knows a solution to this. When setting up the Oculus Quest 2 headset, one of the steps was to go into the Unreal Engine installation folder and run a batch file that would download all Android drivers.

I get an error that the update failed. I went to the Android Studio Install but couldn’t find anything that would help. If anyone has any solutions it would be greatly appreciated. 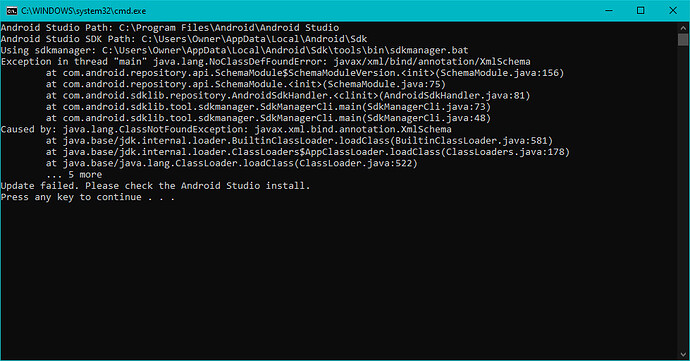 I have attempted to setup the Oculus headset on a 2nd computer.

No problem bud hope it fixed ur problem