Can't delete event dispatcher or widget containing it in 4.10

I have created a basic User Widget with an event dispatcher which can no longer be deleted. I can add new dispatchers and delete them without issue but the original dispatcher won’t delete.

I have added the uasset as a .txt, change it back to .uasset to open the widget.

The widget and dispatcher are no longer referenced anywhere. When I attempt to delete the widget itself i get the error:

I have not been able to replicate the issue. I have a feeling it was caused by the parent c++ class of the widget originally having a similarly named function to the event dispatcher but its not worth the effort of solving.

If I come across this again I’ll bump this post, until then manually deleting the widget through the explorer was sufficient.

I believe I have just encountered a similar issue; I have been making an interactive torch while following the Programming tutorials in the UE4 manual and also created an event dispatcher named after one of my C++ functions. Once I do this, the event dispatcher name is automatically appended to “_0” and can no longer be renamed or deleted (if you select rename and enter a new name, the old name still persists.) Creating a new event dispatcher that does not have an identical name to the function causes no issues – this dispatcher can be deleted and renamed freely.

Not certain if this is a bug or a feature that I don’t fully understand. Would love confirmation or more information either way. Screenshots to follow: 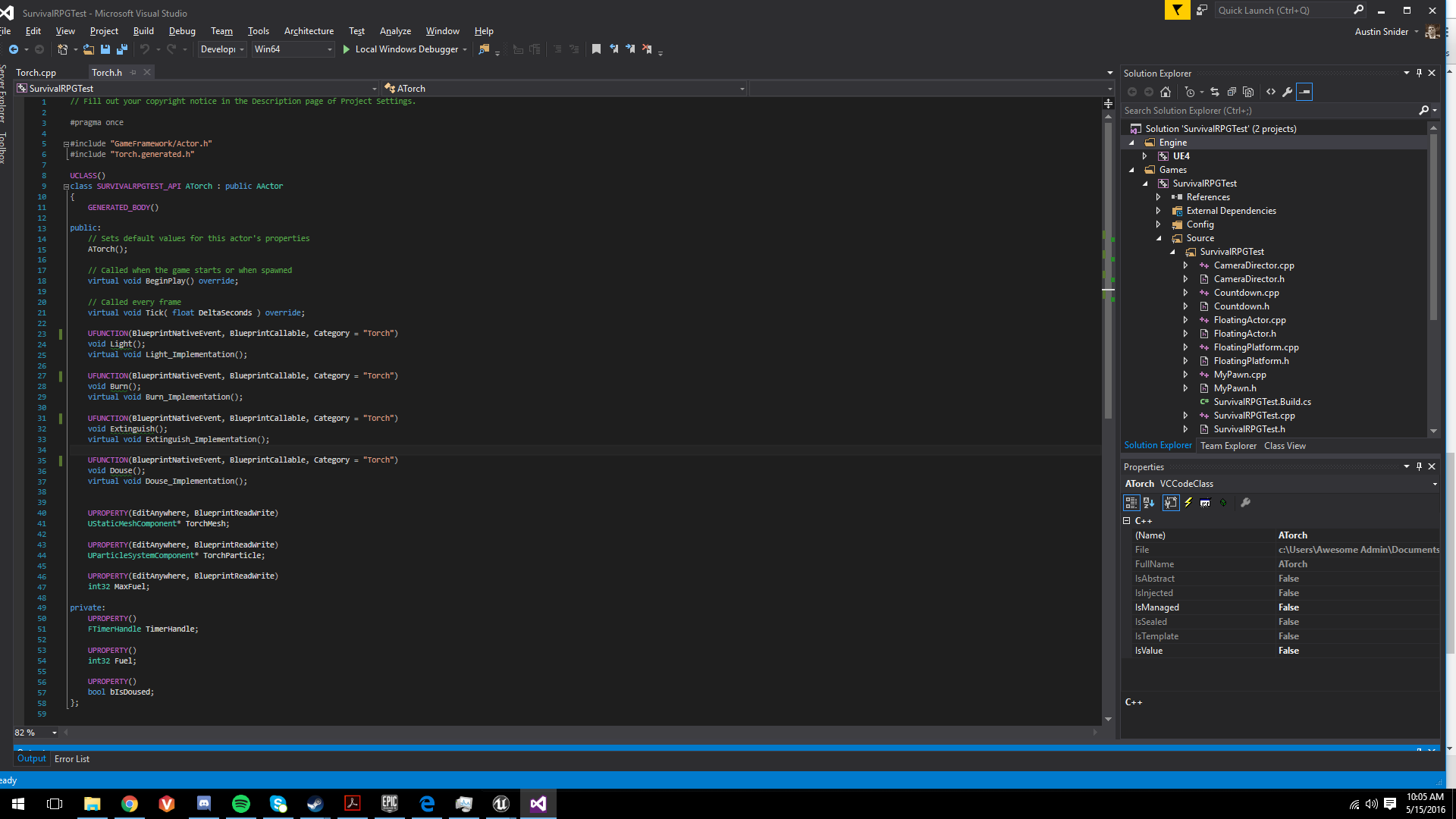 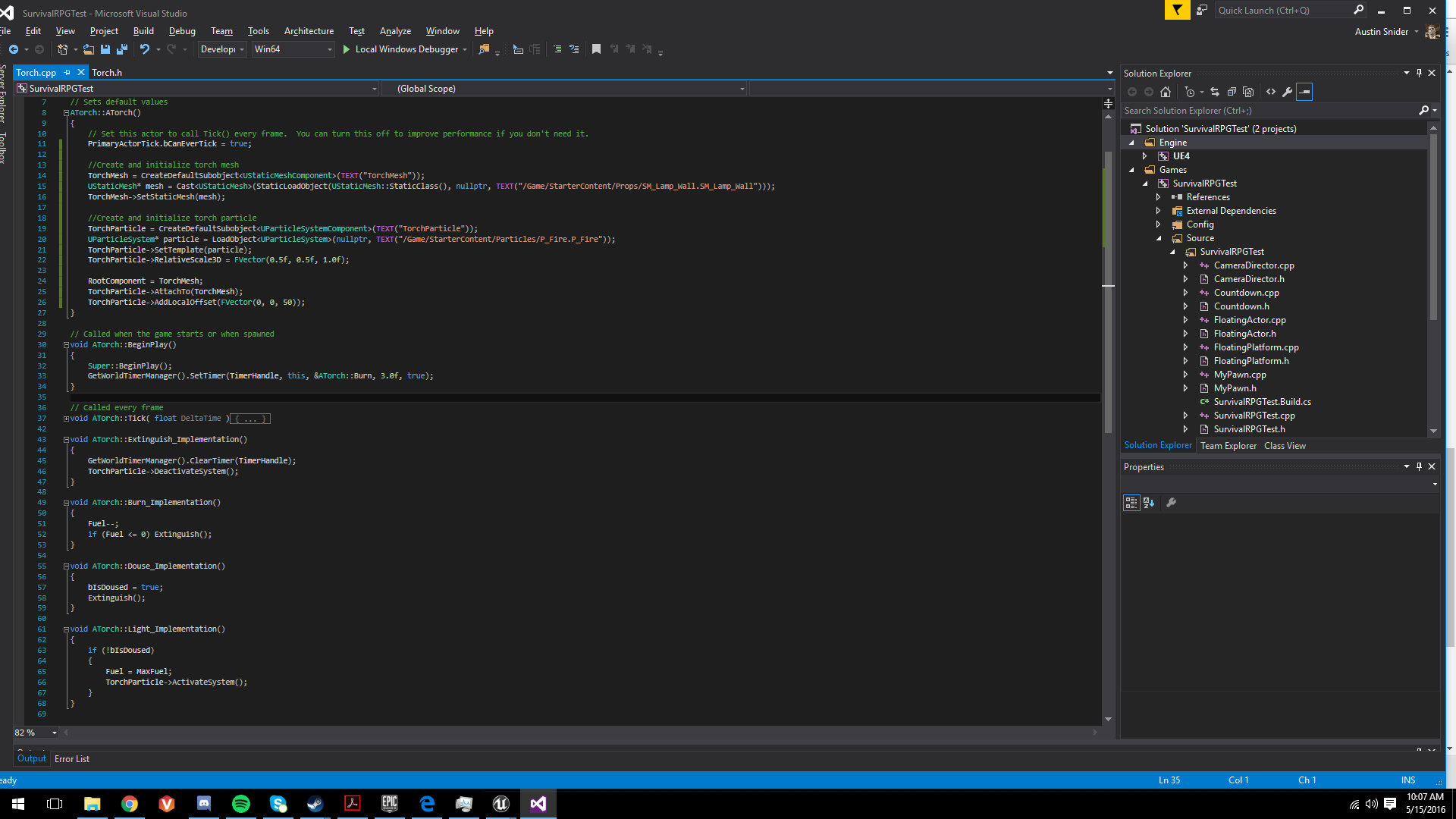 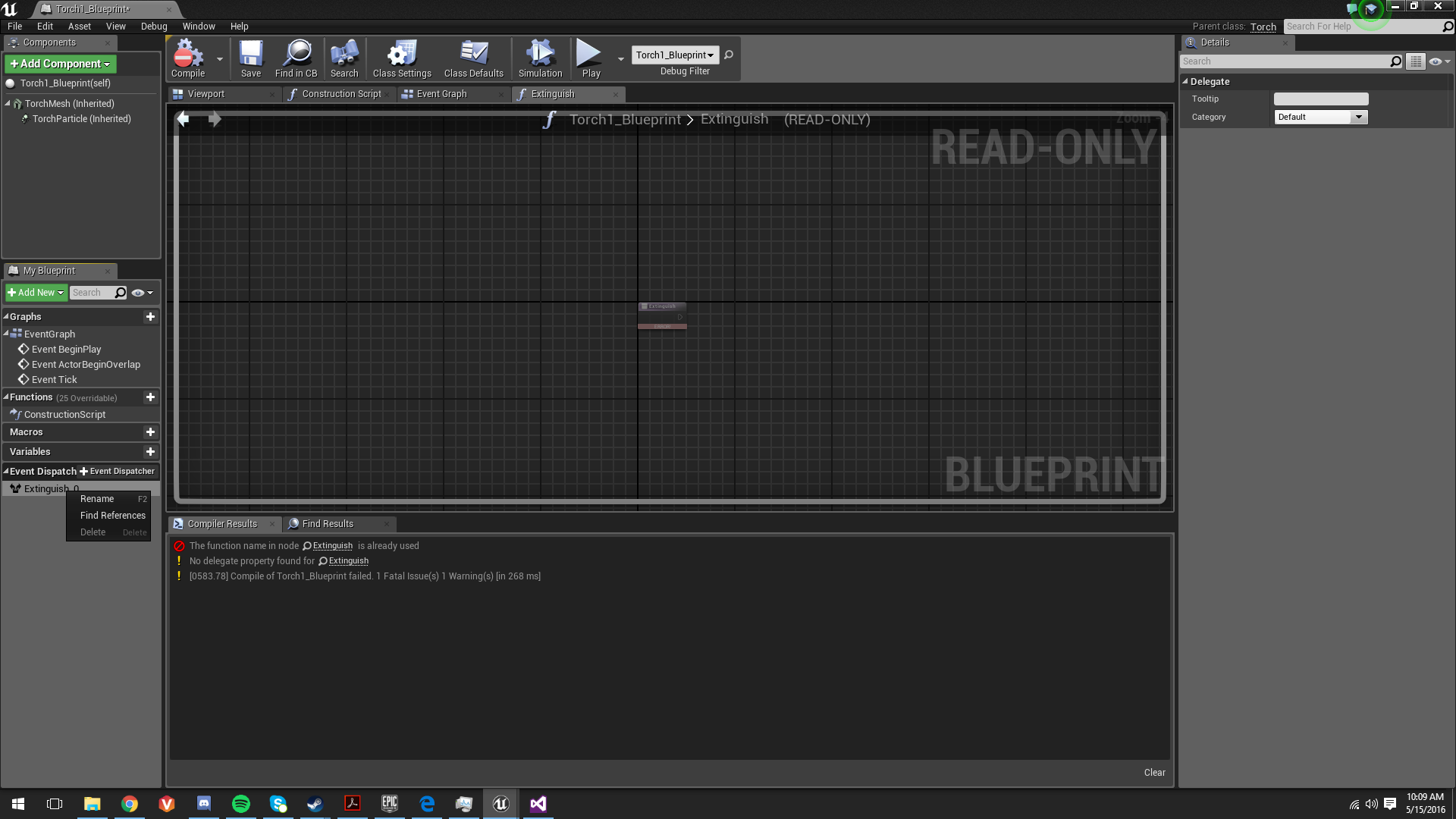