like said in the title, I am using UE4.17, and run a demo Airsim project called Block, under ubuntu16.04 LTS, when I wanted to release a distribution that could be run under win7, I cannot find the WindowNoEditor option, in the steps showing here, Releasing Your Project | Unreal Engine Documentation in the cook step, as shown in the pictures below 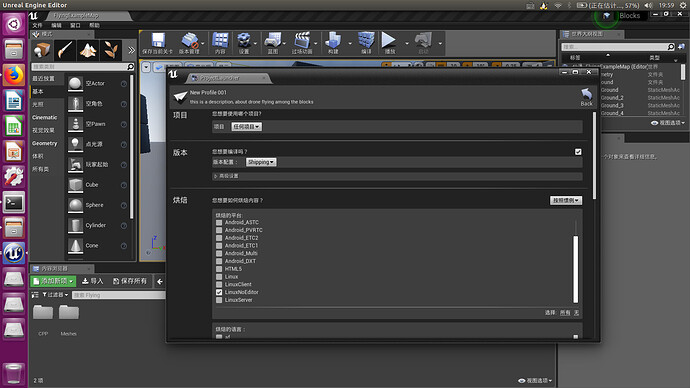 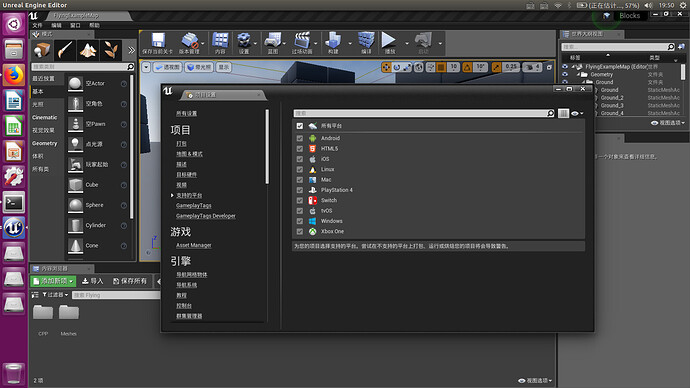 only LinuxNoEditor can be found.
The same thing also happens when click File–>package Project, what’s pop up there, only Linux, no Win option. so where can I find out the windowsNoEditor option, please?
Thanks

Hey sadly you cannot package for Windows from Linux. It requires Visual Studio for the compilation and that is obviously not an option. There might be a way to do it with Wine but I am pretty sure nobody tried to figure that out yet(I might once I get to my PC…)

thanks for the reply, if what you said is the only solution, then the problem itself is a long time withdraw of UE, why have they no find it yet?

I do not think it is in their power to do this to be honest. There might be a licensing issue preventing them from doing cross compile from Linux to Windows or to Mac for that matter.

The easiest solution that I have found so far is to have a VM or a dedicated machine(you do want a dedicated graphics card so PCI passtrough for the VM is a good idea) as a build machine for the other OS versions.

Oh they do cooperate, you do get responses here, bugs are being addressed, they do support development under Linux as much as they can(and I suspect that it gets better when you would actually bring in some revenue:D).

The issue here is that you need specific environment to compile for Windows and Mac and that I think they cannot legally redistribute. So when compiling on Windows you do need to install the VS studio yourself or XCode in case of Mac, which switches the legal responsibility for those environment to you as a developer. Obviously you can cross compile with linux compilers but those are not supported by the engine for more or less obvious reasons(gcc chain is not easily obtainable on the other two OS).