Can you get away with using a styled red cross in your games ?

Hi. Unreal had a red cross as a symbol for health.

As could you see here

However, in Overwatch, the red cross is changed a little

Also, in some Transformers products

So the question is- Is it possible to use a red cross in your game, styled in such a way that you won’t get sued ? The idea is that the player should know instantly what that symbol represents. What could be the minimum ammount of modification required in order for you to be on the safe side ?

The basic symbol (a cross) is not subject to copyright protection. Just as many other pictograms like the sign for radioactivity, or the man/woman pictograms you see on public restrooms.
What is protected however is the name “Red Cross”, which is protected by the organsization of the same name. Also their implementation of the logo with the circle around and text is their property.
But even the color is irrelevant. Thus you see sometimes the use of a green cross on first aid kits or public AED stations.

The basic symbol (a cross) is not subject to copyright protection. Just as many other pictograms like the sign for radioactivity, or the man/woman pictograms you see on public restrooms.
What is protected however is the name “Red Cross”, which is protected by the organsization of the same name. Also their implementation of the logo with the circle around and text is their property.
But even the color is irrelevant. Thus you see sometimes the use of a green cross on first aid kits or public AED stations.

In this case, why some game devs were forced to change them ? 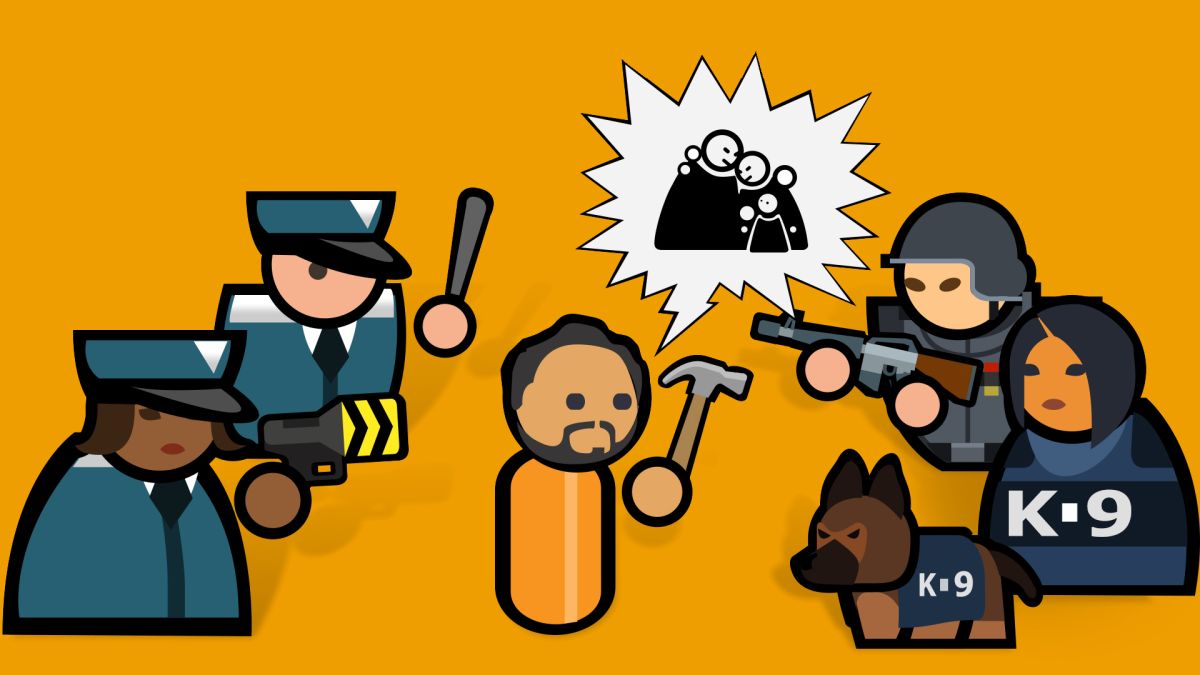 How the Prison Architect developers broke the Geneva Conventions

And a tiny, five-pixel wide red cross is to blame.

I gotta say though, if anything is portrayed positive more so in games than in movies… its that little red cross.

so… what a load of bull.
Makes me want to add red crosses to all my things.
And when they complain go "Well… actual red would be #d0312D and this is more a #910d09 so in theory its a scarlet cross.

Fascinating. Thanks for the link.

Well there is this

The thing about the Red Cross emblem is it’s misuse as an indicator of medical supplies as compared to being a badge of respect displayed or worn by the members of the Red Cross society and in the time of war as a means to indicate a non-combatant .

The more common emblem to indicate medicine or medical services is the Caduceus which is also incorrect as to it’s origin but is considered fair use.

Caduceus as a symbol of medicine

The caduceus is the traditional symbol of Hermes and features two snakes winding around an often winged staff. It is often used, incorrectly, as a symbol of medicine instead of the Rod of Asclepius, especially in the United States. The two-snake caduceus design has ancient and consistent associations with trade, liars, thieves, eloquence, negotiation, alchemy, and wisdom. The modern use of the caduceus as a symbol of medicine became established in the United States in the late 19th and early 20t...

Probably more accurate would be the Star Of Life.

Overall there is no emblem to indicate that a “package” contains medical supplies and a “package” with the Red Cross is an indicator that it is a care package of some kind supplied by the RC.

It seems it depends largely on your local juristiction. Since the UK has included the GC as common law, the rulings might be a bit tighter there.
In Germany, according to a lawyer I know, its sufficient to have a different line width than the original. So a thin cross is absolutely ok there.

I would use it and remove it only if I get a cease and desist letter. Mostly because I think the symbol has de facto passed into public domain, and going after it is silly.

Guess we’ll have to use the Red Crescent instead.

I’ll just use the blue cross instead.

So, the conclusion is yes, you can get away if the cross is not over white and its line is thinner than the original. If the cross is styled with additional elements, then even better. Red Cross should even sue England for its flag…

It’s quite misleading, isn’t it… It’s more of a red plus sign than a cross.
Guess I’m also a “war criminal” for having one of those in one of my game jam games then. I wonder if I’d email the red cross about it, would they want to sue me for it…
At any rate it seems rather silly to have any colour arithmetic operators “copyrighted”.

I have the copyright for purple equal signs, so use that at your own peril!

You should also be careful with your prime numbers:

An illegal prime is a prime number that represents information whose possession or distribution is forbidden in some legal jurisdictions. One of the first illegal primes was found in 2001. When interpreted in a particular way, it describes a computer program that bypasses the digital rights management scheme used on DVDs. Distribution of such a program in the United States is illegal under the Digital Millennium Copyright Act. An illegal prime is a kind of illegal number. One of the earliest il...