Can we get some new merchandise on the Epic Game Store?

Hello, i just like to express my huge intrest in some new merchandise on the http://www.epicgamesstore.com/
It be realy cool if there where some t-shirts and hoodies with the Unreal Engine logo on them.

And also PLEASE can we get some caps with your lovely logo on them?
e.g: 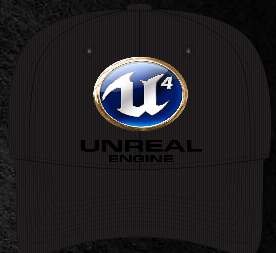 Another idea would be a keychain with the UE4 logo

It would also be pretty epic (pun intended) if Epic also released a titanium coffee mug, such as this: http://snowpeak.com/collections/tableware/products/titanium-double-450-mug-mg-053?variant=671141837

As a side note, currently, SnowPeak holds pretty much a monopoly on titanium, ultra-light gear for backpackers. It would be nice to have another player in titanium gear (flask, mug at least).

Since they dropped the $20 fee, I have been looking for a way to support them.

Well, I could actually set up a (supplemental) production line for Epic merchandise.

Its just a matter of production volume… Small, unpredictable, volumes make the single item more expensive.
I also thought about embroidered poloshirts, etc. But making a CAM control file is a lot of work. But then again you could use it for caps, towels, etc as well…

Double points if the said merch wasn’t made by child slave labor in a second world hellhole.

Well, production would be in Western Europe. While some Americans might argue that Europe is in fact a second world hellhole, believe me, its not…:rolleyes: