Can We Create Complex AI With Only Blueprint?

I Know This is kind of Stupid Question

, But I Was Wonder . can we create Complex Ai Behavior With only Blueprint ?

Technically, yes! You are only limited by your imagination and willingness to learn the system. To be quite honest, I don’t know if I’m at the level of creating complex AI just yet, but I’m still learning more and more about the system every day!

UE4 Tools Demonstration | GDC 2014 Event Coverage | Unreal Engine - YouTube this shows what you can do with the blueprint system and AI, go to 8 mins 25 seconds in the video

Like Wes said, it’s possible with blueprints alone, but that would be a lot of work. However I strongly encourage you to try Behavior Trees. UE4 has a home-brew BT implementation, with an editor and a debugger, and it’s really easy to implement new BT tasks and conditions in blueprints. A basic tutorial can be found here and the full documentation is in the works as I write this. Give it a try and let us know how it went!

Thanks Guys.with some research i did , it is possible . But Need lots of time and debugging. i’m currently Working on it .and when its done, I Will Share it with you guys.

It’s also “possible” to create a piece of art with a piece of paper and a pencil, using only dots, but that doesn’t mean it will be very effective or very pleasant.

I really regret not learning behaviour trees, this is a snap shot of my main AI class (you don’t want to look at my child classes…) 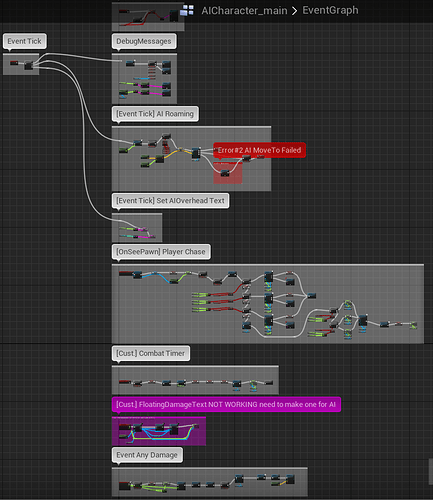 763×881 108 KB
Basically the AI will spawn, then roam around a set radius, if it spots the player it will do some logic check (Level differences, aggression etc…) then act upon it by fleeing, continuing it’s roaming, or attack the player with it’s desired combat style
It caused me more headaches than it should of, a ■■■■■ to debug and upkeep was something else.
Spent a week streamlining the ■■■■ thing and even to this day it has some quirks that my knowledge of Blueprints won;t be able to fix for some time to come.

I wish there was some more functionality for those of us who prefer blueprint scripting, a lot of the fancy stuff seems to only work with Behavior trees :’( 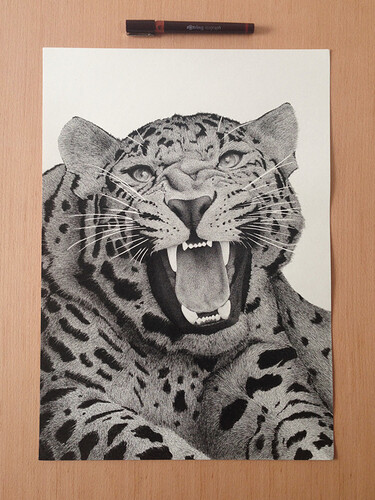 Behavior trees are a nightmare to learn. The documantation is poor, and it took me maybe a month to fully grasp all its quirks. That being said it is INCREADIBLY useful and I am happy I put myself through hell to learn it.