Can Unreal use camera hierarchy?

Can I use two cameras in Unreal to render different objects in the same scene separately? As the picture shows the effect, but that is in Unity, Unreal I can not find a way to achieve.

There are many ways to achieve this, depending on what your objective is.

This is an example of the first one. 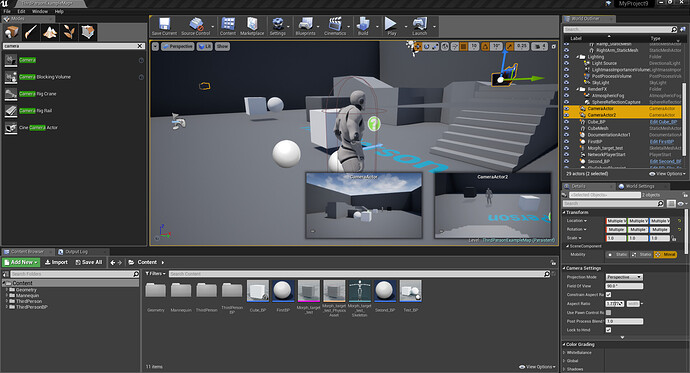 Hi vr_marco, I was trying to achieve an effect on Android phones and the character was always rendered in front of the building, so I used two cameras with Camera_B always in front of Camera_A. But in Unreal I can not do that, the picture shows what I did in Unity.

thank you for your help!

Ok, just for my understanding, are you trying to make your actors/enemies visible through walls? Like in this tutorial? UE4 - Tutorial - Render through Walls! - YouTube