Can someone please explain to me how to set an individual button or image or somethings visibility?

Please, I can’t seem to find a solution from any of the other threads, sometimes I think I find threads that are talking about it, but I can’t ever figure it out.

The most I have been able to do is set an entire UMG widgets BP visability with a variable I had set to eslatevisability as seen below, I set a variable to class eslatevisability and then bound it to the visability setting in the button im trying to make disappear, but then I hooked up the following, I tryed to make it where, when I pressed that button, another button would dissapear, but instead my entire HUD disappeared. 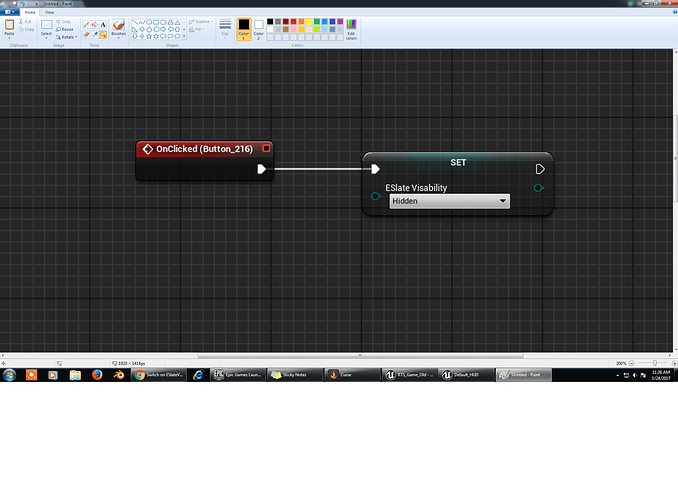 I would really like to not make a widget BP for every button though, and then try to communicate between all of them, only to toggle each buttons visability.

I would super appreciate any help or tips!

Ya I tried that but it says my button reference isn’t compatible with it Eslatevisability Enum.

EDIT: Actually that’s not the same node I’m using, would you mind telling me what you type in to get that? because I don’t see it, context sensitivity on or off.

EDIT: Neeevermind I found it, I forgot to set a reference to my button first, which is weird though because I didnt need to do that to translate the same widget, but whatever, thanks brosiff.