can i make a game in ue4 with no programming?

or am i just a big big fool lol? i’ve been searching for a way to make a simple humble one-player commercial game, maybe a 2-d fighting game, or some other simple 2-d game that can serve to tell the story i wanna tell through voice-acted ‘talking-heads’ cut-scenes, while bypassing learning to code. (think: cartoon or comic strip that requires beating the next level/battle to continue the pre-written and voice-acted story. simple, right?) i was leaning towards game maker studio, when i noticed how many games over the years have displayed this ‘unreal engine’ logo and decided to check it out. i’m a pro at 2-d art, photoshop, 3-d art, 3dsmax, writing, voice-acting, changing my voice, basically an all-around amazing artist and writer, a real renaissance man studio of one, ya dig? but i’d rather not be caught dead spending more months of my life learning another completely different skill lol, one that doesn’t even match my visual nature.

is ue4 for me? is there even at least some sort of royalty-free plug-in or template or starter kit or something that makes it so easy to make a game that it’s practically “a game that lets you make a game”? (as long as you provide every single asset that is NOT programming, that is. i don’t mind if the central game-play is predetermined. i’m less interested in doing something new than doing it best) am i the only artist who sees any sort of genius in a software that you might say programs for you? (perhaps based on a wizard and/or a mostly visual-based UI using a ‘scenes’ concept that tells the program what the user wants in their code based on their choices, and uses your collection of visual and audio assets, kind of like the game version of web page builders that take care of html coding for you) or has epic already thought about making such a tool? by chance, is any of what i mentioned something ue4 already is or can be?

Yes, you can use blueprints. I don’t know whether it will work for you, you just have to try it. Watch some of the tutorials and see if it interests you. 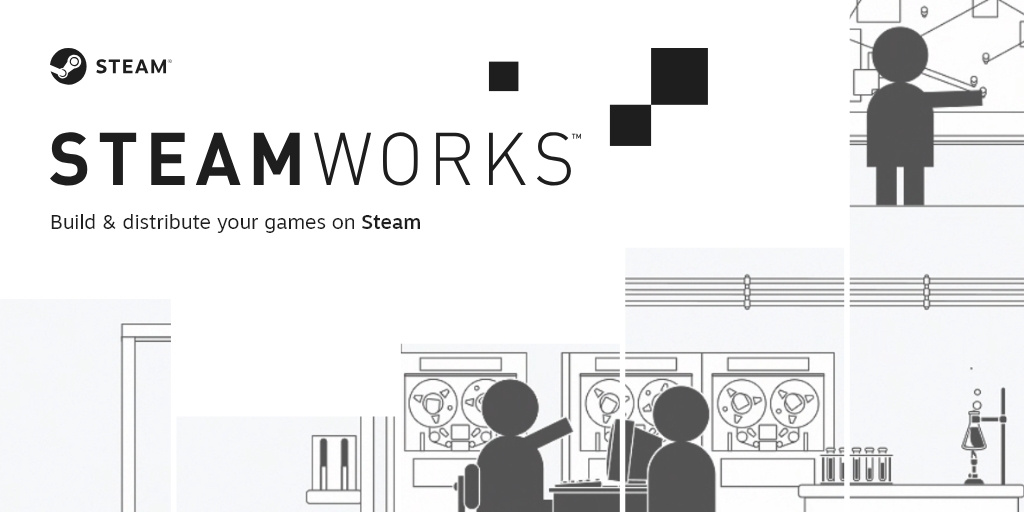 Steamworks is a set of tools and services that help game developers and publishers build their games and get the most out of distributing on Steam.

Take a look at STEAMWORK you decide whether programming is for you or not. In my case since I want my game GreenLight on STEAM I will definitely need to learn C++ programming so I can add STEAM achievements, lobby rooms to connect and chat, multiplayer to connect on dedicated server, and VAC bans if I want it on my game encase a user decide to cheat on online matches.

Short answer is YES.
With blueprints, you can create games without wrting a single line of code. For instance the games ‘Swing Ninja’ and ‘Flappy Chicken’ were made entirely using blueprints (both are avilable for free in the UE4 marketplace).

However if your game needs some custom stuff, you will need to do some C++ coding. But that all depends on what you want to achieve. Still with each iteration of the engine, more and more stuff are being exposed to Blueprints making it even more powerful.

That being said, a little bit of programming experience is a huge plus for blueprinting. It will help you implement your logic much faster. But it does not matter which language. So I advice you to take a look at general algothims and flow-charts. That will make you familiar with concepts such as Variables, Conditions…

Yes, you can.
As the others said, it’s possible to make simple games with the use of blueprints, a bit of programming experience (especially C++) is good though.

If you want to take a closer look on the Blueprint system, go to T H I S thread or watch some video tutorials on the Unreal Engine Youtube channel.

And here we go: another Yes

I’m currently developing a RPG game which just uses blueprints for all the gameplay (health, attack system, damage, stamina,…) and it runs really good, because they are so easy to use and it just takes some hours to get into them

Take a look at STEAMWORK you decide whether programming is for you or not. In my case since I want my game GreenLight on STEAM I will definitely need to learn C++ programming so I can add STEAM achievements, lobby rooms to connect and chat, multiplayer to connect on dedicated server, and VAC bans if I want it on my game encase a user decide to cheat on online matches.

so just using unreal engine by itself will not go on Steam?

so just using unreal engine by itself will not go on Steam?

The other commenter was referring to the use of Steamworks specifically, not so much Steam in general.

Wow this is really promising, so this means more people can make games ( you know just as a start off)