Can I force GPU Skinning?

CPU or GPU skinning, how does the Engine decide which one to use?

I found that for some of my skeletal meshes, unreal is using GPU skinning while for others, it is using CPU.
More specifically, UE4 seems to be using CPU skinning for meshes with higher vert count, which seems weird to me and is causing performance issues for my game.

So, why is the Ungine doing this and is there a setting somewhere to force GPU skinning?

If you look around the source code:

(you could hardcode return false as an extreme measure)

In terms of UI in your content browser double click/open a skeletal mesh asset, then go to the Mesh editor 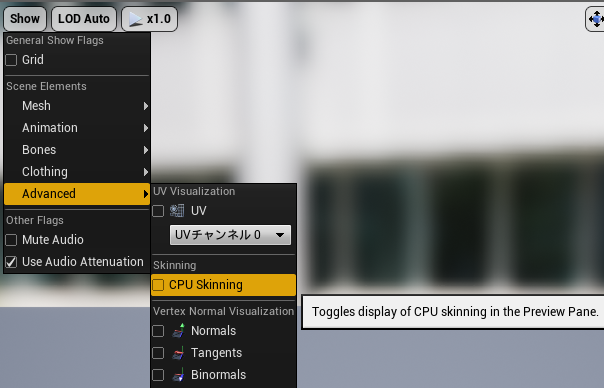 You’ll notice that if you enable normals, tangents or binormals it will enable CPU skinning as well.

In the code there is a function:

that will allow you to copy skeletal mesh vertices to CPU. Looking at the implementation you’ll deduce that to enable CPU skinning of a USkinnedMeshComponent you need to do:

UI also changed, when I tested it in 4.26 it was still in the viewport menu but under the “Character” menu this time: 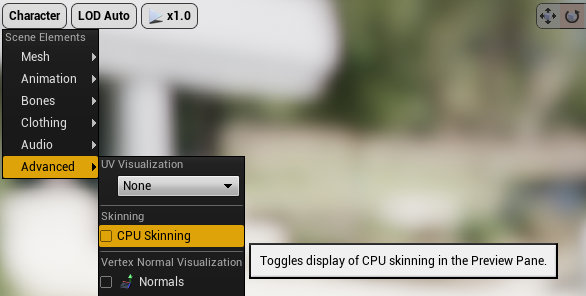 Bonus: to draw a bone’s skinning weight, go to “Character → Mesh → Selected Bone Weight”
As expected it will automatically enable CPU skinning too: 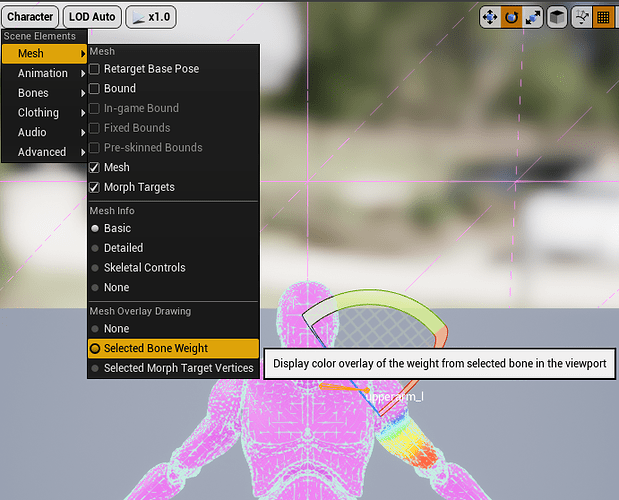