Can anyone help me with simple multi-player?

I know there’s been a lot on here about the topic, but none of it that i found is really helpful.
Basically i would probably like to start simply with being able to play my game with someone else in my house (On a different computer). I would then try to expand on that by having multiple servers and playing with random people like other games.

Any information would be appreciated, Thanks!

UE4 Networking is working through a listen host. This listen host has all rights for replication, which means, that every time a client wants to display or share something, he needs to ask the sever for this.

This is handled by replicated variables and actors that are shared across the network and replicated function that are executed on servers but called from clients and other way round.

I made a basic Networking Stream a few weeks ago, maybe this helps you:

There is also a Framework Page for the Network that tells you which class works for what and which classes are available on clients and server and which not: 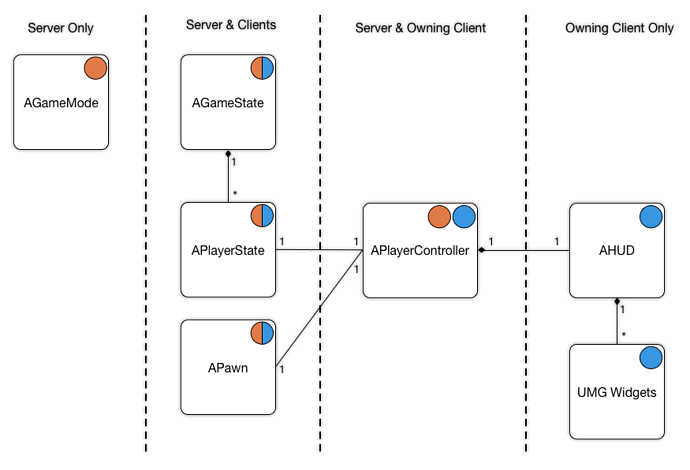 One of the biggest problems when getting into UE is that the documentation is very lacking in some areas. One example, is that they talk about their framework, but I didn't find anywhere is how this...

I hope that gets you started!