Im trying to rotate my character to face were i click, now it does sort of do that but it spins the camera round and then snaps back to the starting position leaving the character facing the the starting point.

Here is my blue print of the player controller logic and whats in the movetohitlocation function. 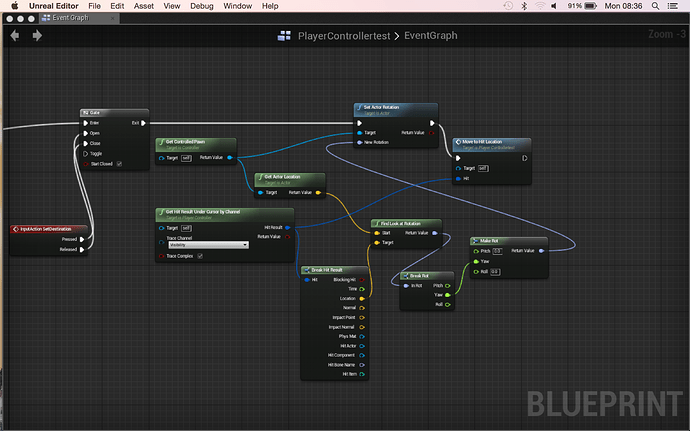 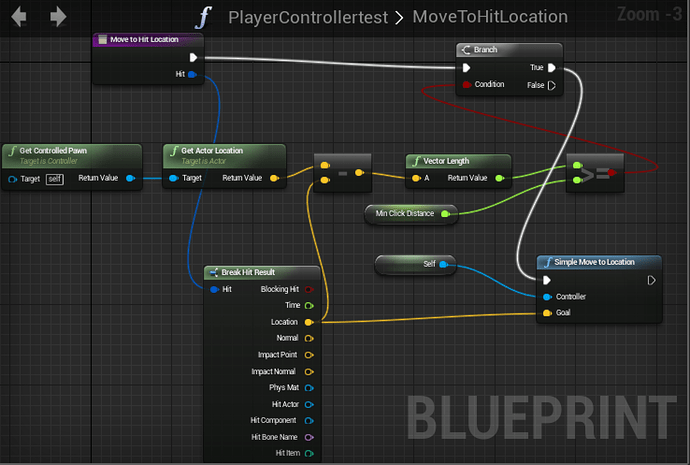 Any help would be great and if you need more info on this just let me know and i will answer asap.

May not work, have you tried setting rotation of camera?

You’re essentially doing that - twice. You need either whats in the function, or your main event graph. This works in 4.7.3:

@Narg
Hi, no i haven’t tried that yet but was on the next thing to try but not really sure how to do it?

@Havoc
So I’m making it do two things at once via the function and what i have set in the event graph.
So what i need to do is not use my function and just use one of the two I’m guessing? I will give your example a try.

So the move to will rotate the camera and the rotate will no. I did not think of that either. @HAVOC

Gasric, You just grab the camera manager, and run from that off memory. 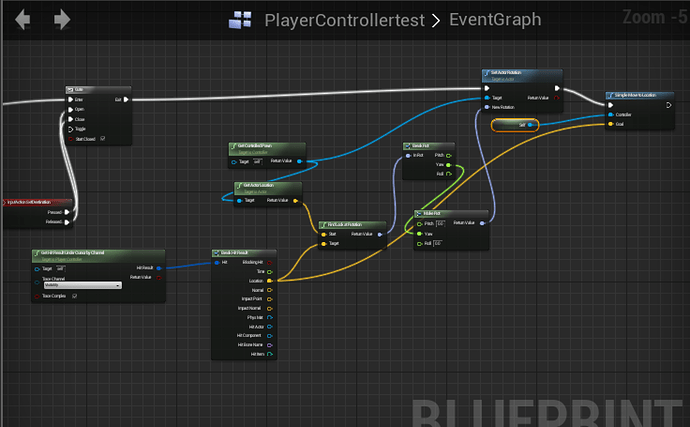 Havoc, I have tried your example and the play moves to location but does not face the location i click also the camera tries to rotate instead and then flickers.

Just so I’m clear for you guys I’m trying to rotate the character to the mouse location clicked as my heading is a little conflicting after re-reading it, my apologies!

Am i still on the the right path for this or am i totally off?

Does it work properly if you unplug the move function

Just tried that and if i hold the mouse button down it spins the camera round.

So why is it moving the camera and not the character, is there a setting i have ticked or shouldn’t have ticked?

Might not help much, but using 4.7, you do not need to break rot, you just split the Pin in “find look at rotation”.

Any other ideas that you can think of?

This is how I rotate a Turret in one of my games.

A little different, but might give an idea of other ways.

Narg, Silly question but why is your FindLookRotation different to mine and i can’t find your version of it?

As I post earlier, you can split the output.

If that the difference. Written in 4.7

Solved the issue lmao I’m so angry right now! well sorry i wasted your time but thanks for the help!

Issue was that the character blueprint within its settings i had the Physics setting set to default and i just set them to none and its now working and facing any direction i click!

Many thanks to Narg!!!