hello, i’m working on a side scroll 2.5 hack & slash game here a image: 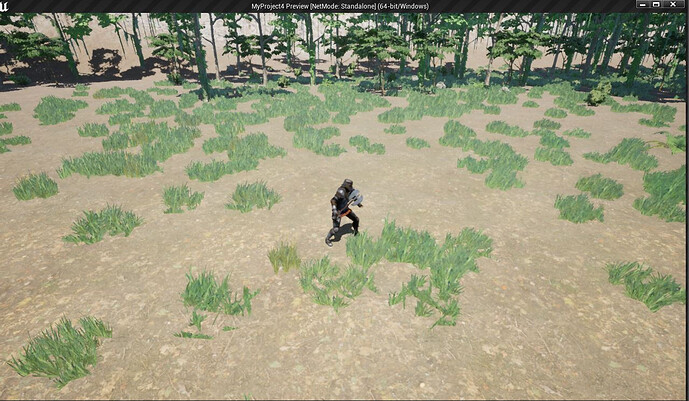 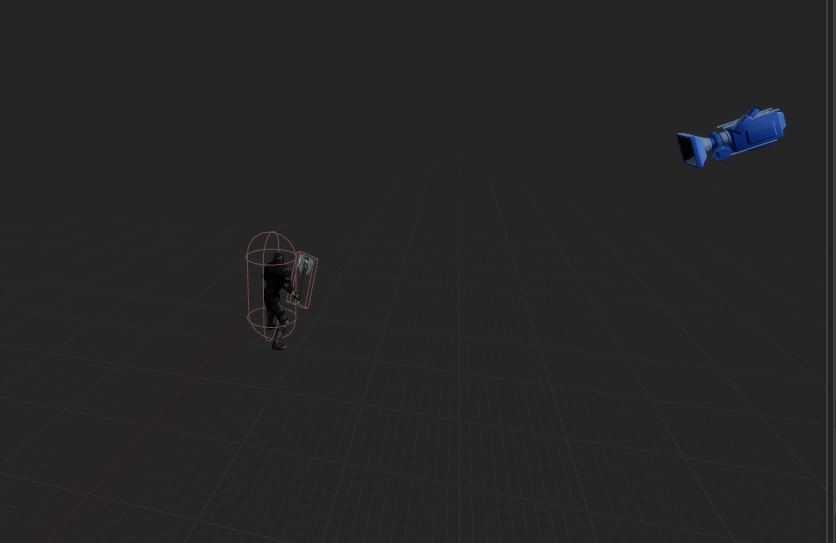 as you see the character can walk right and left and up and down but i’ve added some "invisble walls to limite where he can go from up down and left and right, the cam follow the player on that position as he aways remains in the center. 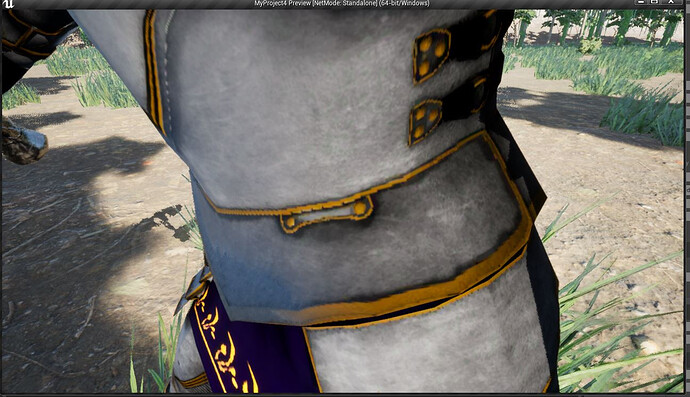 it’s like the “cam” hit the wall then “get stuck” then the character start to move close to the cam since it got stuck, i’ve also already tried to reduce the wall size to make the cam be able to pass it but it’s really seens to not change anything and anything on the size of the character capsule will trigger “this zoom”, how i can prevent or at last reduce how this happens???

2 - switch between cameras - like some "hack& slash action games like this one, sometimes when the character reach a “point of the map” the cam stop follow the character and lock on the “map” in the place he hit making able to walk all around the “area” without the cam keep him at the center, he can free move around until one of 2 things happens, or he kill all the enemies of this area or until he “leave” the area of the cam lock:

when the camera lock on B he will be walking around the B point until he kills all enemies or until something happens which will allow him to leave the “B” and be able to walk to point C or in others cases he can walk back to point A from B, when he leave the B going back to A then the camera go back following him.

Basically the map will have some “key points where i gonna place a 'extra” where whenever the player reach that “key points” his cam will be changed to that “cam” and he now will be able to free walk around until he leaves that key point then the cam switch back to his normal cam.

what are the nodes and configuratins(conditions) to allow me to control the cam change between then based on the conditions i’ve told, i know which i must use some collision boxs on each spot and add a cam on that area, then i want how to attach the "new camera to that “collision box” then how to make the game switch between, what are the basic nodes and BP to make then switch based on the conditions i will add later.

And it is added on the "level blueprint or the character BP?

and also how to stop those weird zooms.

any help is wellcome.

ok the problem with the zoom, i could fix, i’ve found the option to stop it, now the stuff is how to switch between cameras.

Give it a shot

Give it a shot

interesting, but i was later also thinking which if would not be better if instead of "switch between 2 cameras if i have a way to "when you reach a "trigger box point it will “disable” one of the axis moviment making the cam static when moving left and right inside the trigger box and move only top and down, only after "leave the trigger box it go back to follow the “player” left and right. maybe it could be more pratical than multiple cameras.

depends on what you are doing, but the point is the tutorial series addresses both your issues.
the camera cutting in up close, and transitioning based on an area you get in.
You can easily translate the internal fps/third person camera system to provide you with the shift you need when you reach a trigger box/area.

ok, i’ve managed to make the switch camera works, it was more "easy than i was expecatating, but still lead to another issue:

the perspective vision itself don’t see to work well with fixed camera: 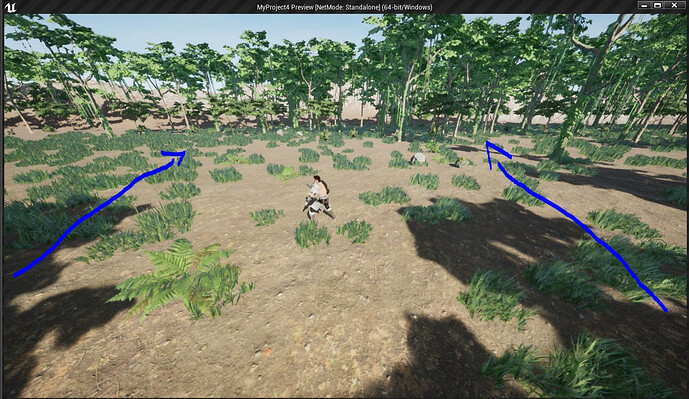 as you can see the view become too "limited due to the perspective if i walk to the top it’s feel like the character is moving on diagonal and not a straight line it is worst near the corners, in the top corner the character looks like traped in the middle of the screen with a very limited area to walk, if the character is around the bottom if him go too much in the corners he can "move away from the camera and disappear from the screen until he leaves the trigger box 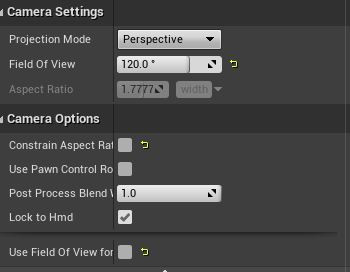 the i have 2 issues:
1 - camera sides size: have a way to proper to expand the field of view of the camera??? it feel too small, when i try to increase the option of field of view angle above 90 it’s start to get really weird like the picture i place, it was at 120, while i can “see more” the view got a little too angle, i want i way to expand the area of view like “scale” the camera on the sides for it to be able to get the "full area of the trigger box, or a way to make the camera view proper scale with the size of the trigger box, i had to make the trigger box small to be able to "stay most possible inside the camera vision

2 - how i can proper control the camera angle to make it “less angle” and more on par with ortograph?

i’ve tried the orthograph view and while it worked much better for the "type of view i wanted, i’ve ended getting some weird view glitchs like the scene “sparking” in some areas or the characters and als the "shadows become too pixels here a picture: 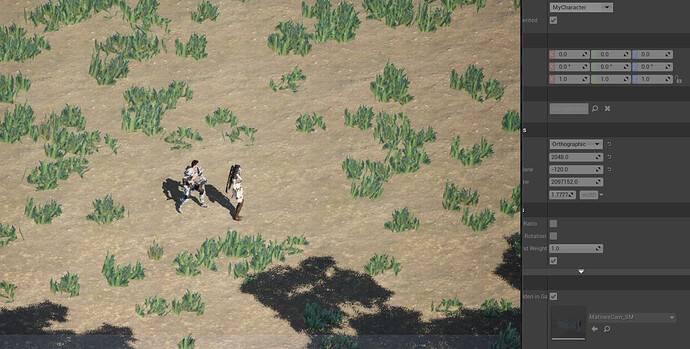 viewortograph02.JPG1338×678 216 KB
you can’t see anymore the trees and some of the brushes in the ground get a horrible renderization like that: 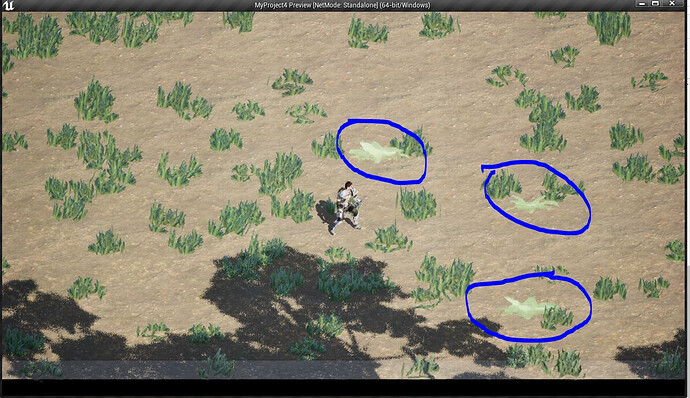 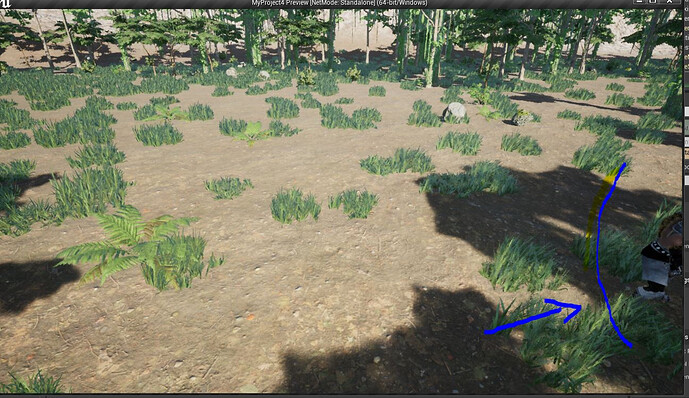 viewperspective02.JPG1293×746 287 KB
i would to know a way where i could have a vision more like the ortograph where the character is really moving up without feel like moving in diagonal(without being moved in that way by the player) and a way to increase the camera field of view to allow it proper see the full trigger box

here is how i would want to the camera works: 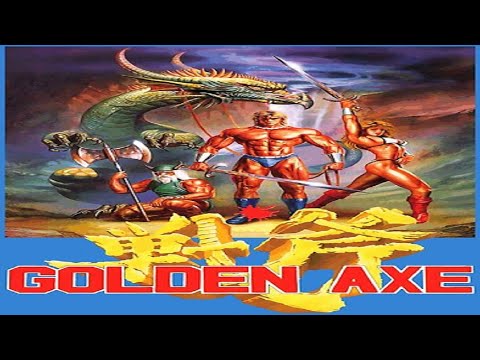 the camera follow the player until it reach a specific point then from that point it will be locked then the character can move around the screen until he “kills” or clean the area then the camera go back follow him, the switch camera i’v already did, now the problem i between that transtion and adjust the fixed camera to allow the player walk around the scene

here the level bp and the camera switch is very simple: 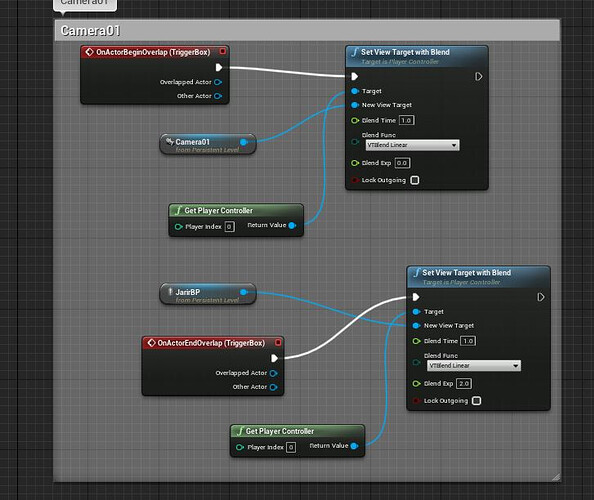