I’m trying to call the EnemySpawn event in its EnemySpawner blueprint from the TwinStickMode game mode blueprint.

In my first blueprint, I’m calling the SpawnEnemy event by adding it as the function name in the timer. When I run the debug and set a breakpoint on the Timer, I see that the timer is being run. 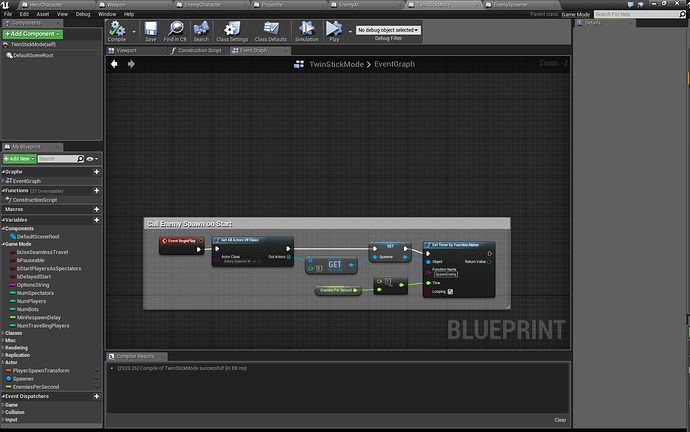 In a separate blueprint, I have the SpawnEnemy event set up, but when I put a debug breakpoint onto it or anything else in that chain, it never gets triggered. It seems to me that somehow the event is never actually being called by the timer, even though the tutorial has it set up this way.

Does anyone know what the problem is and how I can fix it? Thanks. 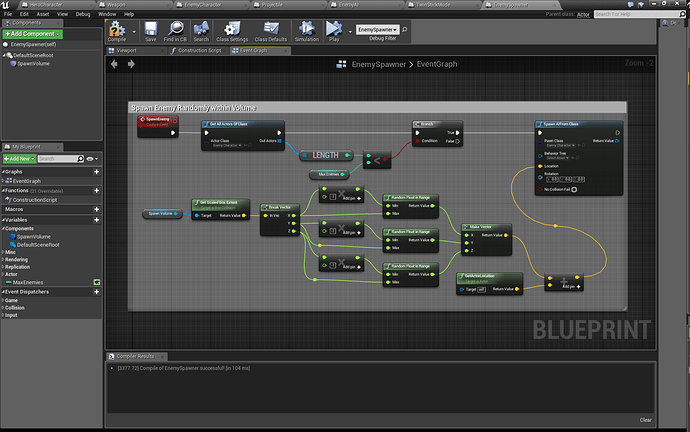 Hi predatorgsr, it might be worth checking out the value of the variable ‘Enemies Per Second’. If it goes above 1 in this scenario, the timer will not get called as the loop time becomes negative.

That was it. Changing it to a whole number made the function complete properly. Thanks!