It is difficult to say without seeing the BP that you are using.

I assume in the player character its self is where the event hit is being called, and that you have cast to the cable component BP as “other actor” or hit actor. you are then running some sort of code to take damage/reduce health of the player being hit?

From my experience with the Cable Component, it does not generate hits even though it simulates physics and can have full collision (which is a hidden option that has been flagged as Experimental for years now…). Someone please do correct me if I’m wrong here.

What’d I do, I’d fire a line / sphere trace. Or even sweep a component to get a hit and use the cable as a visual element only. Since it’s a grappling hook, you surely want to rely on the hook for the hits, rather than the cable itself.

But I’m not sure what the desired end result is, of course. 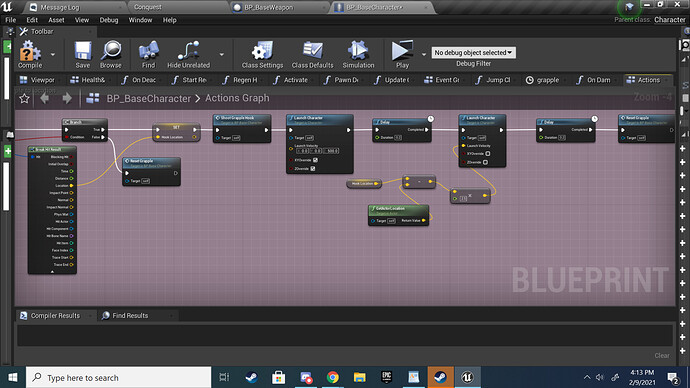 I would suggest having a read of:

and also check out this video: You probably want to be using the hit location and the normal in order to drive direction of impulse.