Do you like AI?
Is C++ for you?
Look no further:
“The code you will write will at term run in millions of humanoid robots across the world, and will therefore be held to high quality standards.” => Tesla Careers

I work in logistics and people laugh when I say we are all fired within ten years. I have downgraded that number to 3-5 years after seeing this job post from Tesla.
A robot can parse many orders while a human fixes the package tape on the tape holder.
A robot will not ask for a day off and it will not sleep, eat, go to the bathroom, or get upset on social media before going to work.
Robots don’t take gossip breaks, make mistakes, get into arguments or hangout while working.
A robot will not send you the wrong order and it will instantly update the inventory instead of writing it on a note while on the phone with a stressing boss.

The amount of time human beings invest in making a warehouse disorganised, slow, messy and confusing, is STAGGERING!

How long until your job or game dev dream is going to the bots?

If Tesla’s robots are like theirs cars, we’re good for a while. I’d worry more about Boston Dynamics: No need to wait, I already feel outclassed.

How long until your job or game dev dream is going to the bots?

You’d sleep better if you looked into what machine learning can and cannot achieve.

I don’t think they are replicating humans for these logistics and manufacturing jobs. Instead, automatic manufacturing, assembly and warehouse solutions.
It will come down to who creates the largest warehouses and rents space to other businesses.
Warehouses today, the good one that is, haven’t really been updated for the last 20 years or so, including IT systems. Some even use AS400, which only runs on MS-DOS and is from the late 80’s.
We use Microsoft Dynamics, which is a horrific nightmare to navigate through.

The entire process of picking orders, putting them into boxes, taping these boxes ready, double check the rows, even with pen an paper, then into Excel, print out the shipping documents, close the box, put it on a pallet, wrap the pallet into foil and then load it on a truck…can be done 24/7 by a robot without mistakes and oversight at enormous speed increase.
Robots don’t have to move the mouse around and learn all the menu systems to look for order numbers, it’s instant.

If your business can save 50-90% by having your orders fulfilled in a Tesla warehouse, how can you justify using other services or operate your own?
You would go out of business if the competition had a deal with Tesla and you didn’t.

Nothing should then stop you from rebranding, reinvent yourself - the AI programmer’s future seems brighter than ever - someone needs to tell them robots how to human & how to gossip, right?

You were about leave UE4 behind, yet here we are - more active than ever before. You’ve got experience in logistics, experiment with UE, get some virtual warehouse going. Help Epic with SWAG distribution as they seem to be in a pickle

Haha, got me there! I’m waiting on a reply to have this account deleted. Seems to be another one than the EPIC account.

What is SWAG distribution?
Have no idea what to pursue, just know it’s not going to be game dev as a worker bee, maybe as an entrepreneur with worker bee devs doing all of the actual work.

What is SWAG distribution?

Hey folks! Thank you to everyone for your patience while we work towards a solution! It has been a few days since I responded to the thread, and I wanted to reassure everyone; while we have been having ongoing issues with distribution and shipping and the complications with multiple emails being used throughout the challenge, all those eligible will receive their SWAG. We will be posting further communication in the coming weeks highlighting the steps that we will be taking to resolve the issu…

Ahh that!
I thought it was some networking code or something.
Yes, that’s a challenge I would have been glad to accept!
Organised down to the zip code and then batched in a flow until the boss reminds me we also take breaks between days, something like that

When I got back to Unreal on week three in lockdowns, the first day lasted 26 hours on an FPS tutorial…

When I got back to Unreal on week three in lockdowns, the first day lasted 26 hours on an FPS tutorial…

Even if you leave for now, here’s hoping to see you during next lockdown.
Take care, keep it real and don’t let a robot take your job.

Can’t help but wonder if Musk thinks that reducing the world’s polycount with his tesla cybertruck will end up allowing him to place more AIs “in game”.

Going by the BS he’s publicly announced before, I wouldn’t be surprised if he just came out and said this…

I am workin on several AI driven projects. One for animation fixing out of mocap, which is really straightforward really.
And one thats under nda/unrelated to games.

All it comes down to is having a huge data set to train a model with. For the most part, a monkey could probably do it too.
Cloud computing makes crunching the data near effortless and dirt cheap.

However the end results have nothing to do with the idea of AI you get out of science fiction.
Theres no chanche for anything to reach singularity in our lifespan.

What we are doing and what tesla wants is a static reproducible behaviour without individuality.

What boston robotics does (when you see non fake videos) is to develop various problem solving pathways, one of which hopefully will eventually work.

This usually doesn’t give the machine the ability to come up with a completely new pathway on its own.
Even with infinite data, doing this is almost impossible…
Would be cool though.

reducing the world’s polycount with his tesla cybertruck

This usually doesn’t give the machine the ability to come up with a completely new pathway on its own.

So very true, but when it does come up with something, it comes across as uncanny, eerie - the box surfing phenomenon towards the end of the vid: The amazing things the AI can do could be easily replicated by a distracted 4 year old, though. 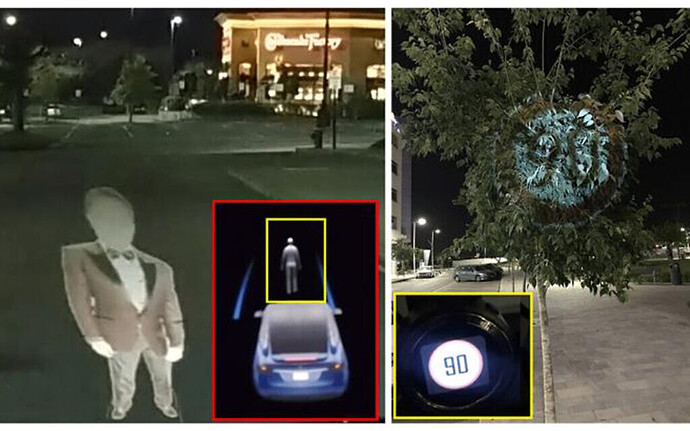 Now imagine some truckers losing their jobs, getting angry and crashing some trucks full of expensive cargo just by projecting some images.

To get general purpose AI we need another “quality” jump like we did from AI coded in python to deerp AI and neurons. IMO, making those neural networks bigger and faster will not make AI smarter.

And Issac Arthur has some really good thoughts about AI: