I’ve been working with the Pixel Streaming plugin for a while now and everthing has worked fine. The project compiles and runs fine on an AWS server, but today I tried to add functionality for some custom input from the external web page and so needed to use the PixelStreaming input component. When I add it to my blueprint everything is seemingly fine, I can hook up all pins just fine and the blueprint compiles. However, when I build the project I get the a whole host of the following errors and warnings:

This is the error I get when I restart the editor:

None of this worked. Does anyone have an idea of where to start digging? 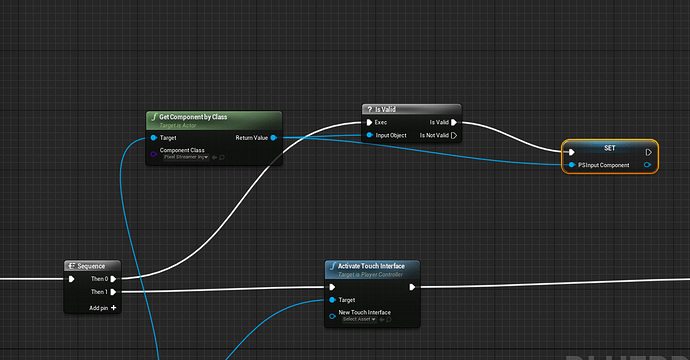 Hey did you ever figure this out? I’m having a similar issue where my Blueprints compile fine but if I double click any to open in VS it says it can’t find code.

This looks like the same issue that I had (4.25.2), and similar to this: Mod Synth component won't save.

The Synthesis plugin happens to load too late in the engine loading process on startup, which makes it unavailable when loaded after initially being used. Changing the .uplugin file on both plugins to have the "LoadingPhase": "PreDefault" makes these plugins load in before your project files, fixing the issue. .uplugin files are interpreted at load-time, so you don’t need to recompile the engine. The .uplugin file on this plugin is in its folder in (Engine Dir)/Engine/Plugins/Runtime.