By any chance, anyone knows how to "feather" the interface of a material applied on a mesh ?

Creating a simple shield VFX, I noticed that even with a diffraction bubble that warps and morphs added on top of the shield I still get a way too clear interface in the diffraction bubble when over certain lights or reflective materials. Is there a way to soften, blur or feather the interface of a material applied on a mesh ? I don’t necessarily want to use custom depth or neighboring pixels (I don’t need it to blend in)… just a simple blur that extends outside of the mesh (material is transparent). I tried depth fading and fresnel but I still see the interface of the mesh where the material stops.

I’ve searched everywhere, I assumed someone else would have needed this kind of effect but it seems like I’m alone, the closest I found is a post using a radial blur applied on outlines post-process… but that is costly and way too complex for this use. Any other way to dither/blend the edge of the mesh? Thanks!

The reason is that your material extends beyond the face it resides.
Consider a texture mask to fade the edges of your material down to 0 before it reaches the edge so that you do not see a HARD EDGE stop.

That maybe of some help

Thanks @High500 , that does help and I’ve used it for sprites but now we’re talking a round shield bubble, and since its a projection : you see the edge aint really an edge

Is there anything that can make it like the mesh is blurred ? so the material gets more translucent as it blends into the background ?

Ok maybe om confused here, Round masks will work with a round mesh, so, Is it infact a spherical mesh you are talking about? Can you post an image of it showing the issue?

@High500 here is a picture, I added a bunch of mods to attempt to make it smoother but it still is pixel perfect 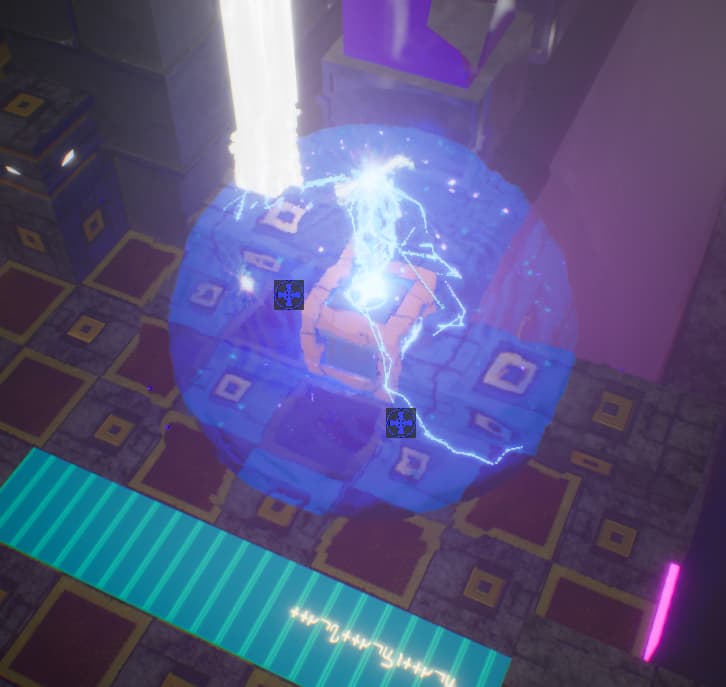 It’s not so clear on the snapshot because of all I’ve added and the fog, but in game the diffraction has the intended effect on the inner blue bubble, but it does not smooth it at all I see a sharp transition on the blue bubble, its just distorted with WPO, and a sharp transition where the diffraction bubble ends, so it didn’t really fix the problem.

Im not seeing what you explain, maybe im too dumb to understand

I actually like the effect. But maybe you could add an emissive glow to the material that may create a false feather effect and take some hard edge?

its the mesh edge that is hard , maybe increase the spheres detail to help? more subdivisions to make a round edge?

Yeah you understand what I meant, its the mesh edge that is too hard, so no easy way to make a diffuse or soft mesh ?

Fresnel? fresnel is weighted by tangent to surface normals… on round objects, this means the fresnel weight is highest at the edges and lowest at the middle. You do a one-minus on a fresnel and multiply the result to your opacity and it should create a “soft orb” effect

Thanks for the tip… I’m pretty sure I tried it but it might be my logic that was off, I will try this today and see if it can work, sure sounds like it should.