Buying an off the shelf computer for learning Unreal Engine

I want to learn Unreal Engine, mostly for film-making and linear content.

I need to buy a new computer for it as right now I work on a Macbook Pro. I have no idea what to get and don’t want to build custom.

Any tips for off the shelf computers to buy right now? I have an external monitor setup already. I’m open to laptops or desktops. Budget is hopefully not more than 2,000 USD.

Unfortunately, because of the short supply of graphics cards, it’s going to be extremely hard to find a computer under $2,000 that is good for using with Unreal Editor. Unreal Engine is a top level real-time performance system, and requires very beefy hardware to run the production path. That’s just how it is. If you do not need top-level graphics with real-time performance, it’s much cheaper to go with some other solution to visualization and animation.

Other info: Some people have had luck with Radeon graphics instead of NVIDIA. Unfortunately, they’re not a lot cheaper, and some people have less luck with them, so make up your mind on what you want there. Laptops generally give you less performance for the same money, AND are harder to upgrade, if it can be done at all, and they generally “top out” sooner, both in how much memory/disk you can put in them, and in how fast they will run before thermal throttling. I recommend against laptops for the use case you suggest.

I realize that I should probably give some links. Try these links (although you’ll want to upgrade them somewhat): 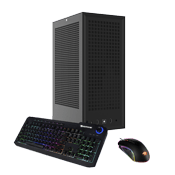 Also, there are perfectly fine AMD Ryzern/Threadripper options for the CPU as well. They tend to use more power, but have more threads, which generally helps when working in Unreal Editor.

I’m happy to spend more than 2000 if necessary.

One of the ones above is what you’d suggest? But upgraded to the specs you suggested?

Dell is a giant company, that generally actually sends you what they promise

They also exist around the world, so if you’re not in the US, they’re probably still available.

IBuyPower is a systems integrator that has been around for a while, so they’re unlikely to rip you off. There are other integrators, too, like Falcon Northwest, or Puget Systems, or a bunch of others. For those, it’s important to make sure that they actually have in stock what they claim, that they have previous happy customers, and are not an outfit that popped up in the last year and will take your money and run. Checking the particular vendor reviews on various places (plugging their name into YouTube, or Yelp, or just a search engine) is helpful.

Anyway, because I don’t know you, and don’t know where you live, or what your experience level is, I would recommend the Dell system. It meets the minimum you’ll need, and need no additional upgrades, at $2999+tax+shipping. Dell is a well-known quantity in shipping and payments and inventory.

If you HAVE more money, then it might be reasonable to spend it, if this is a system you will spend every day on for the next three years. I’d upgrade to an RTX 3080 Ti or RTX 3090 series, and I’d upgrade to something like a Threadripper Pro 3775WX, and 128 GB of RAM. But those aren’t “strictly necessary” for what you’re suggesting to do.

Also, desktop systems don’t usually come with WiFi network adapters; they typically come with wired Ethernet adapters. In general, wired Ethernet is much better than WiFi anyway, so if you have the ability to run an Ethernet cable from your desktop to your internet router, that’s the way to go. If you need to use WiFi, you’ll want to make sure to add a WiFi card (or perhaps USB adapter) to the system you buy.

You said you already had a display. Do you also have USB keyboard and mouse you can use? If not, that’s something to consider, too. 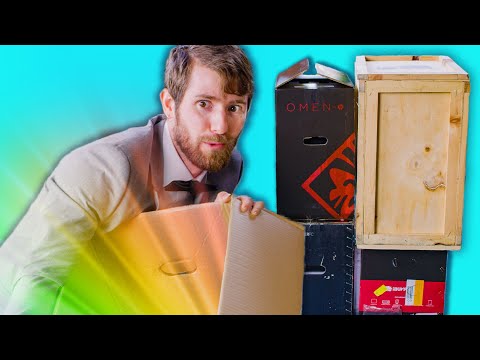 You get idea why getting “awesome” ready to use PC is not always best idea.

For Not fully professional PC for unreal, i would recommend any good gaming pc,
i mean good, ie above average, or slightly above point of diminishing returns when you add more expensive parts.

just watch that linus and pick your company if you insist on getting ready to use pc.

I’m had 3 PCs from CyberPower and they are all great. Lots of stuff on sale now.