I’ve been trying to use a struct to set a buttons style through an enum in UMG. The problem I’m having is that style settings don’t match visually between the designer and Button Style variables. You end up with this, the first 3 have a Button Style variable with the same settings as the latter 3 applied to them.

Breaking the style struct down for either into a string gives the same values even though they look different.

Just breaking and making the SlateBrush struct for Normal/Hovered/Pressed will cause it to lose the image.

Yes, I made a new first person blueprint project without starter content and made a new widget blueprint with 3 buttons on it. 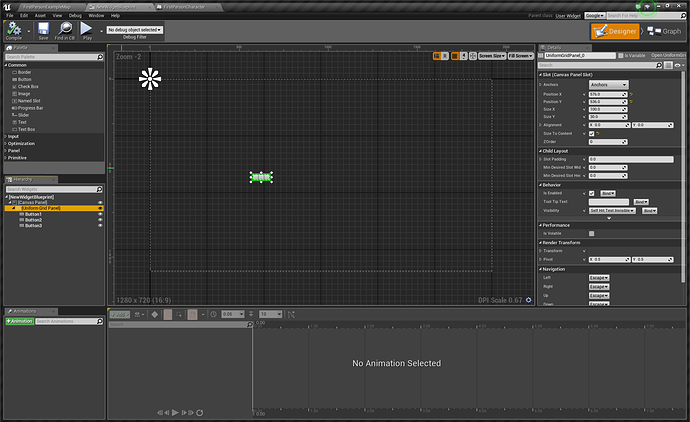 Made a new Button Style variable in that widget. By default It has the same settings as the buttons do in the designer but lacks the images, which is my issue. Set the Widget Style of the buttons like this. First button is untouched. 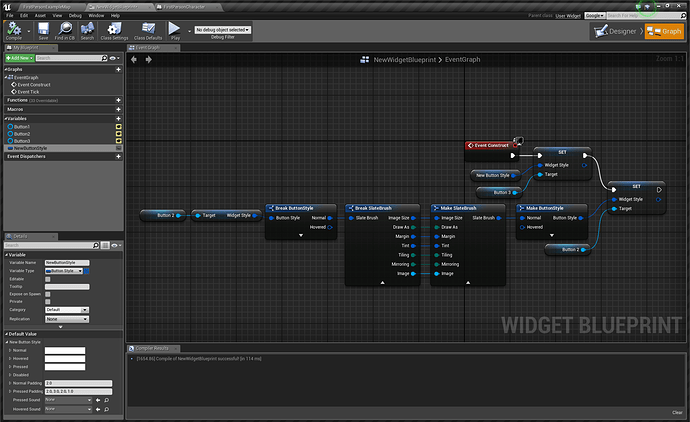 Added it to the FirstPersonCharacter viewport. 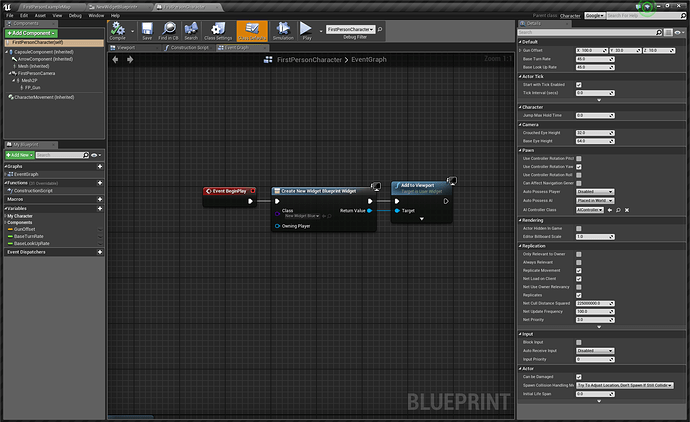 Second and third buttons are flat colors and no longer have images. 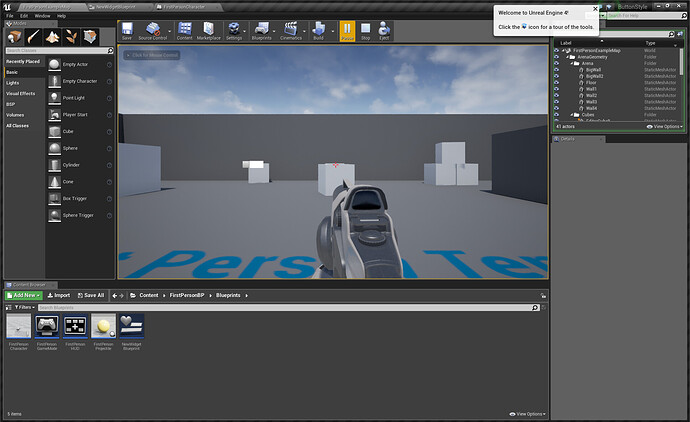 I was able to reproduce this issue on our end. I have written up a report (UE-22329) and I have submitted it to the developers for further consideration. I will provide updates with any pertinent information as is becomes available. Thank you for your time and information.

Note: I found that this issue only seems to occur when the normal style is set it’s default “None”.

What is the status of this issue? It still appears broken for me in 4.18.2. 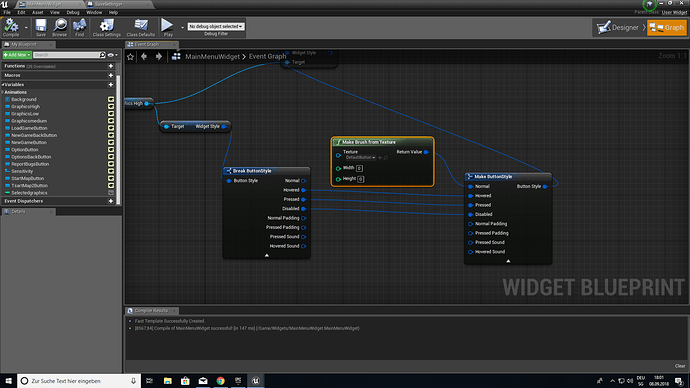