Built-in Mac camera recognized in Windows but not Mac

I wanted to experiment with live video capture, so I started a new project using the virtual production template on my Mac. Then, following this guide, I tried to select a capture device, but nothing shows up (either under audio or video) - neither the built-in Facetime camera nor an attached USB webcam.

Then I installed the Windows version of UE4 running under Parallels on my Mac. Interestingly (and puzzlingly), following the exact same steps, the Facetime camera does appear as a capture device. (Kudos to Parallels for such great emulation, I guess.) However, while the camera LED does come on to indicate it’s active, the following error occurs with no video displayed… 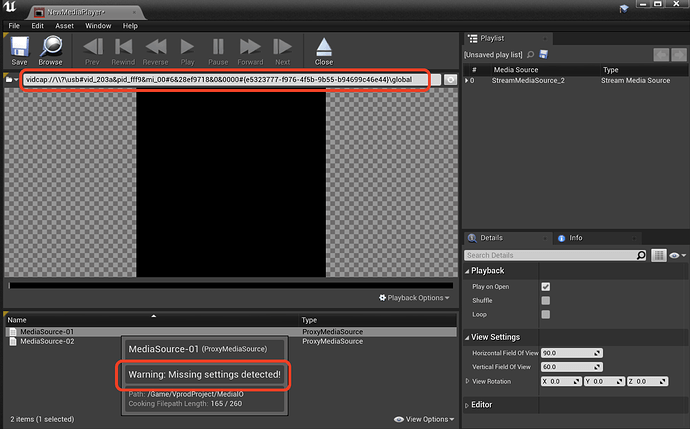 So, I guess I have a couple quesitons…

Thanks for any insights.

I think that this response is on the right track. I’ll just have to figure out how to grant UE access to the camera even though it never requested it in the first place.

I wonder if UE can’t see my cameras because it doesn’t ask for permission for them like other programs?