This is still in the idea phase with some rough 3D modelling completed and about a week of learning/work: 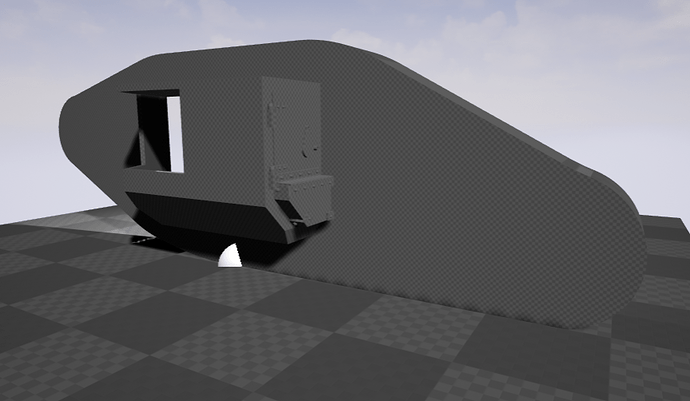 So here’s the premise:

Build a multiplayer VR experience based on the events during the Second Battle of Villers-Bretonneux. The first ever tank vs. tank battle was held on the 24th of April 1918.
3 x British Mark IVs vs. 3 x German A7V tanks

The players would spawn next to their tanks with an alarm sounding the start of the match.
The tanks would be operated by up to four people per tank - players would be able to be independently killed within the tank depending on where the shell bursts/penetrates - potentially having to man multiple positions within the tank as a result.
The damage would be based on the design of the tank - tracks taken out, engines obliterated, carbon monoxide buildup - with the aim to be as realistic as possible while still keeping the game fun and interesting.

I’d like to eventually incorporate infantry combat within the game - in the case that one or more tanks are disabled - having some crew members to go try and sneak up on the tank to possibly open a hatch and drop a grenade in - with all the sounds and scrambling noises that would entail.

It’s super early and I’m learning how to use UE4 - but I know the core concepts of OOP + how to 3D model.

Challenges and Limitations I anticipate:

Though it isn’t much - feel free to comment on the models/game idea.